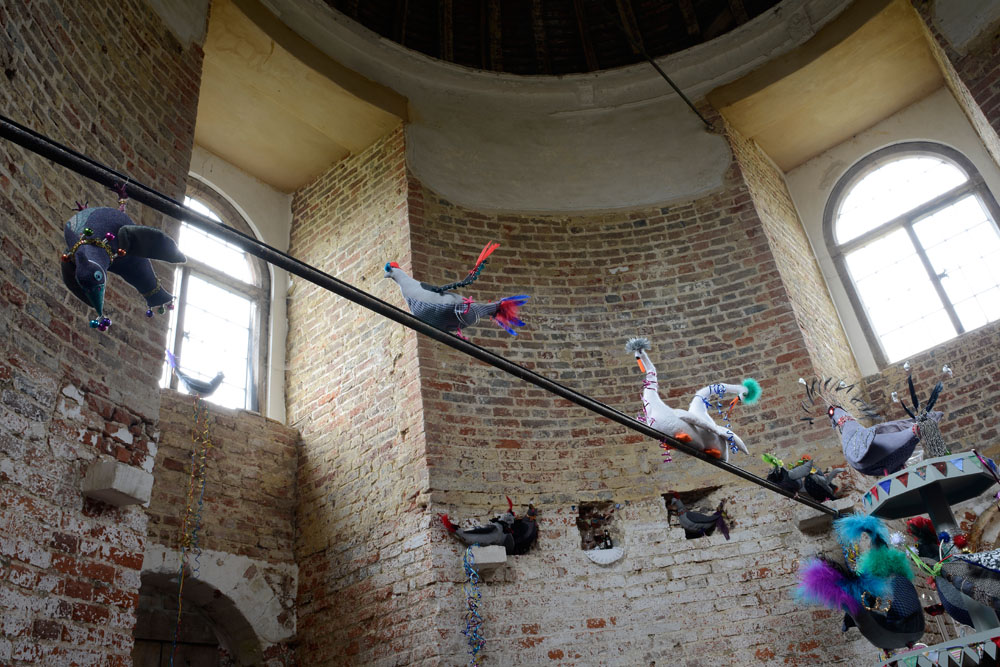 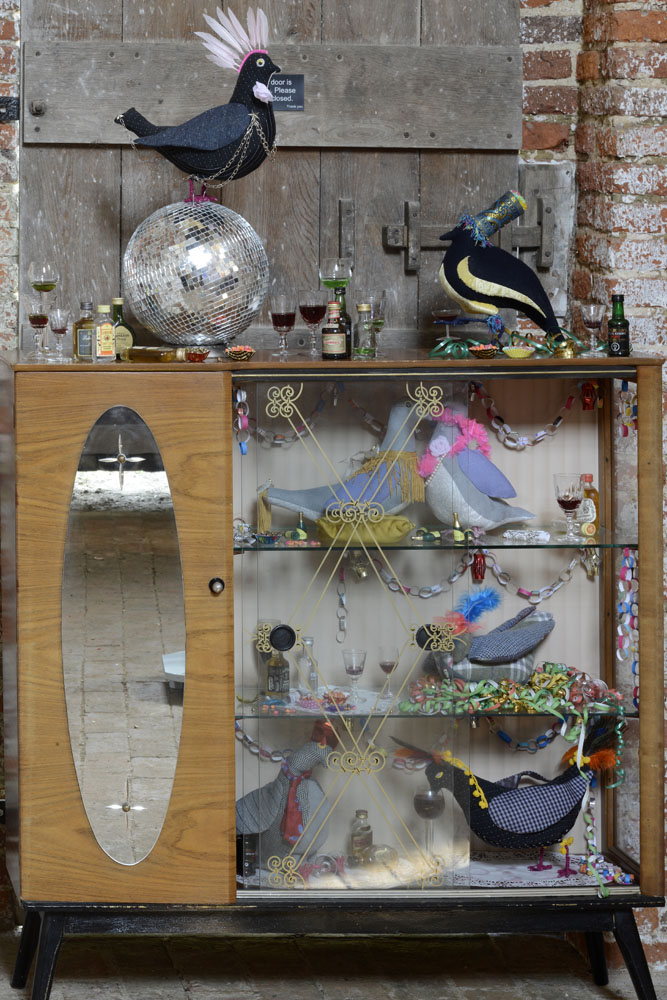 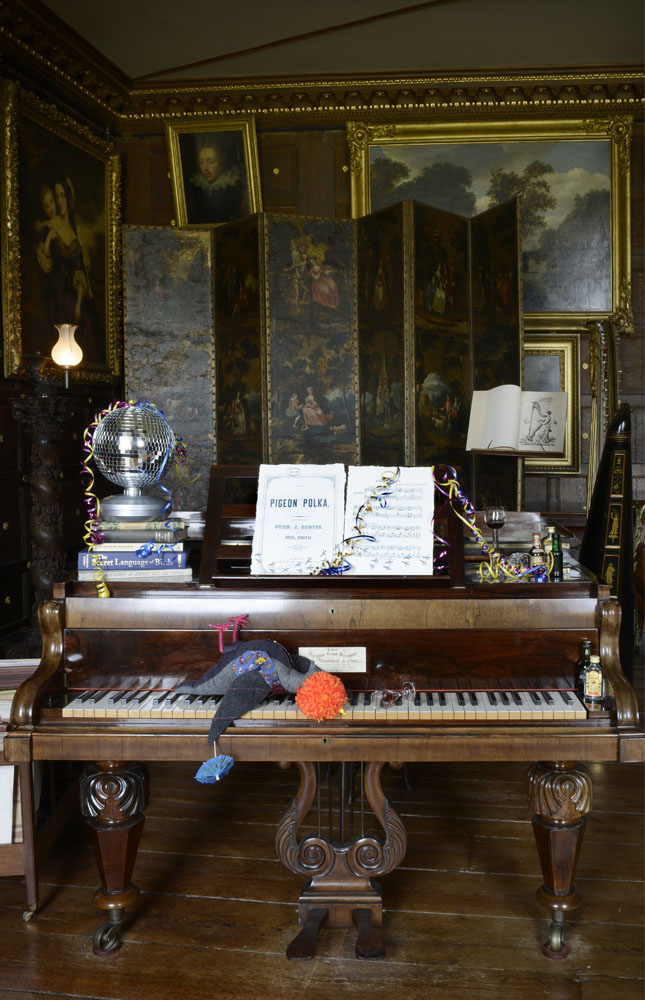 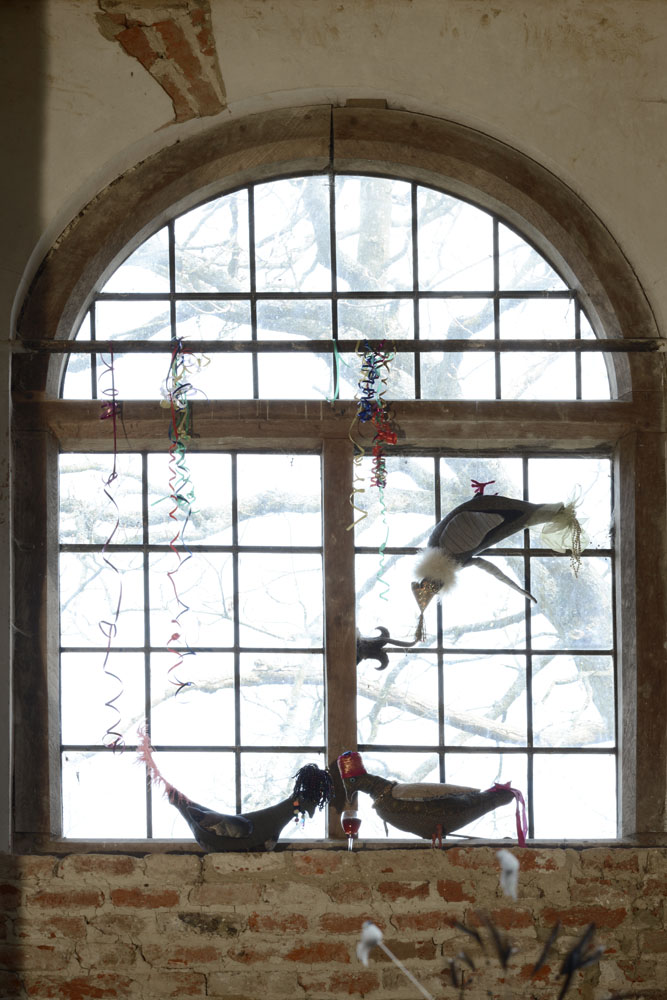 Mrs Smith is a textile graffiti artist who works incognito – a sense of surprise is central to her work. Hazel Connors and Felicity Clarke act as her voice and aides. Employing traditional skills in a radical, activist manner Mrs Smith creates temporary, site-specific alterations to public spaces. An avid recycler and user of found materials, she makes meticulously crafted creations which celebrate skills usually regarded as purely domestic and feminine. By setting this familiar expertise in an alien environment, she challenges assumptions about value, appropriateness, gender and ageism. Employing humour and lightness of touch, her work is entertaining and accessible to all but, nevertheless, often slips thought-provoking questions in under the radar.

The summer house at The Vyne has had a chequered history of diminishing status. Originally built in the mid 17th century, it was a place where the Sandys family would invite dinner guests to enjoy their final course in more relaxed and intimate surroundings away from the servants. Wine, fruit and sweets were indulged in while guests listened to music and told jokes and riddles to each other. 200 years later, stripped of its fine fittings, this place of pleasure had become a pigeon house supplying birds for the table and manure for the garden.

Mrs Smith brought the pigeons back to their former home for a season of serious partying as the tables were neatly turned on the summer house’s former inhabitants. Arriving en masse, the pigeons held their own revels – drink-fuelled parties where games, acrobatics, canoodling and dressing up are the new banqueting code. Local birds too were often tempted to join in the fun. Sometimes, late into the night, seeking greater thrills and wilder times they all took off for the main house to whoop it up in the deserted rooms. The Saloon was a favourite haunt where their loud music, singing and dancing boosted the revels to boiling point. Next morning all that remains of these clandestine carousings is the odd party hat and a few dropped feathers… As the New Year dawned, ever-eager for new excitements, the pigeons migrated south, their destination a mystery. The summer house once again is orderly and empty, seemingly a little forlorn. Listen carefully and you might just hear the birds outside singing a party tune.