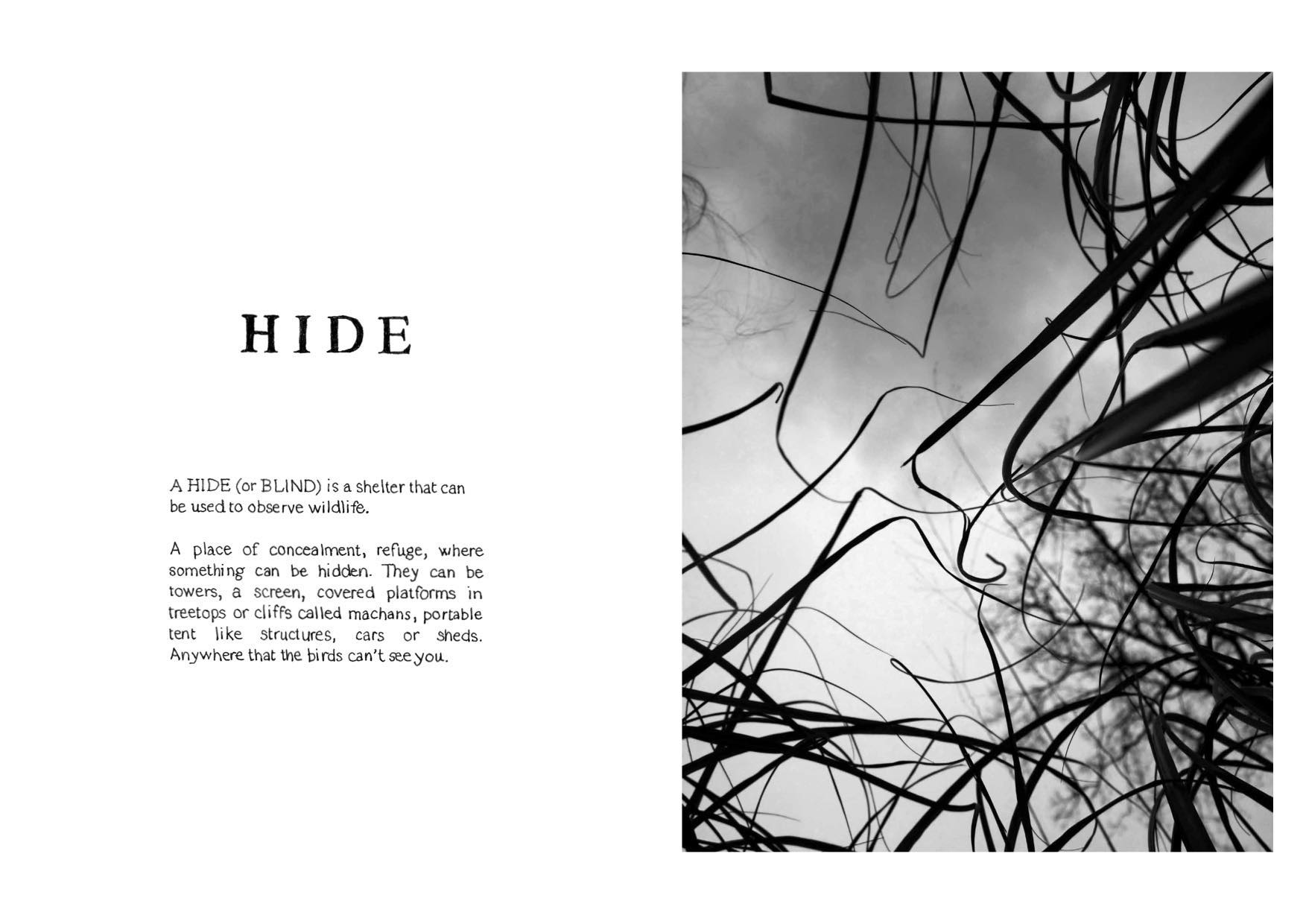 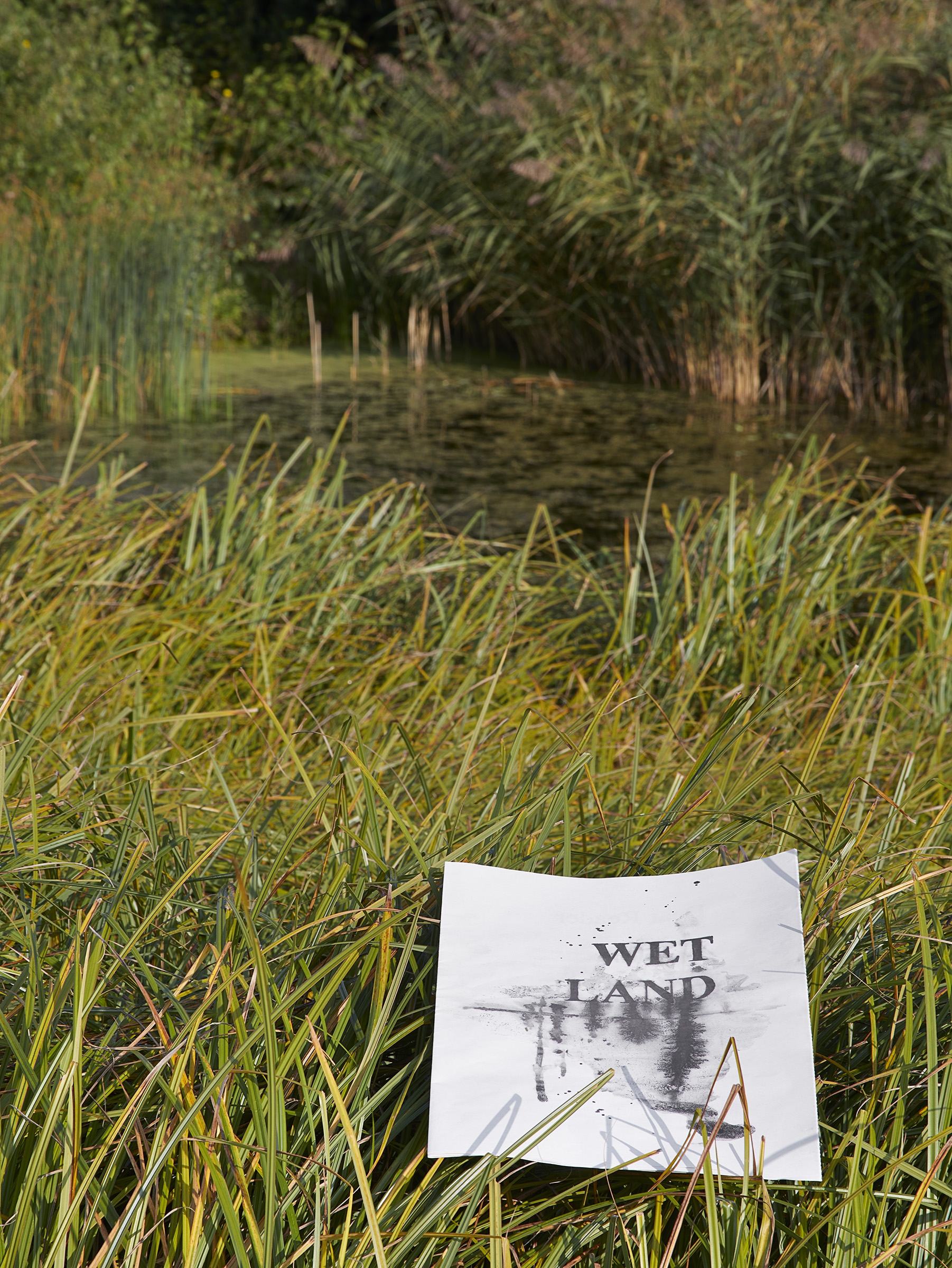 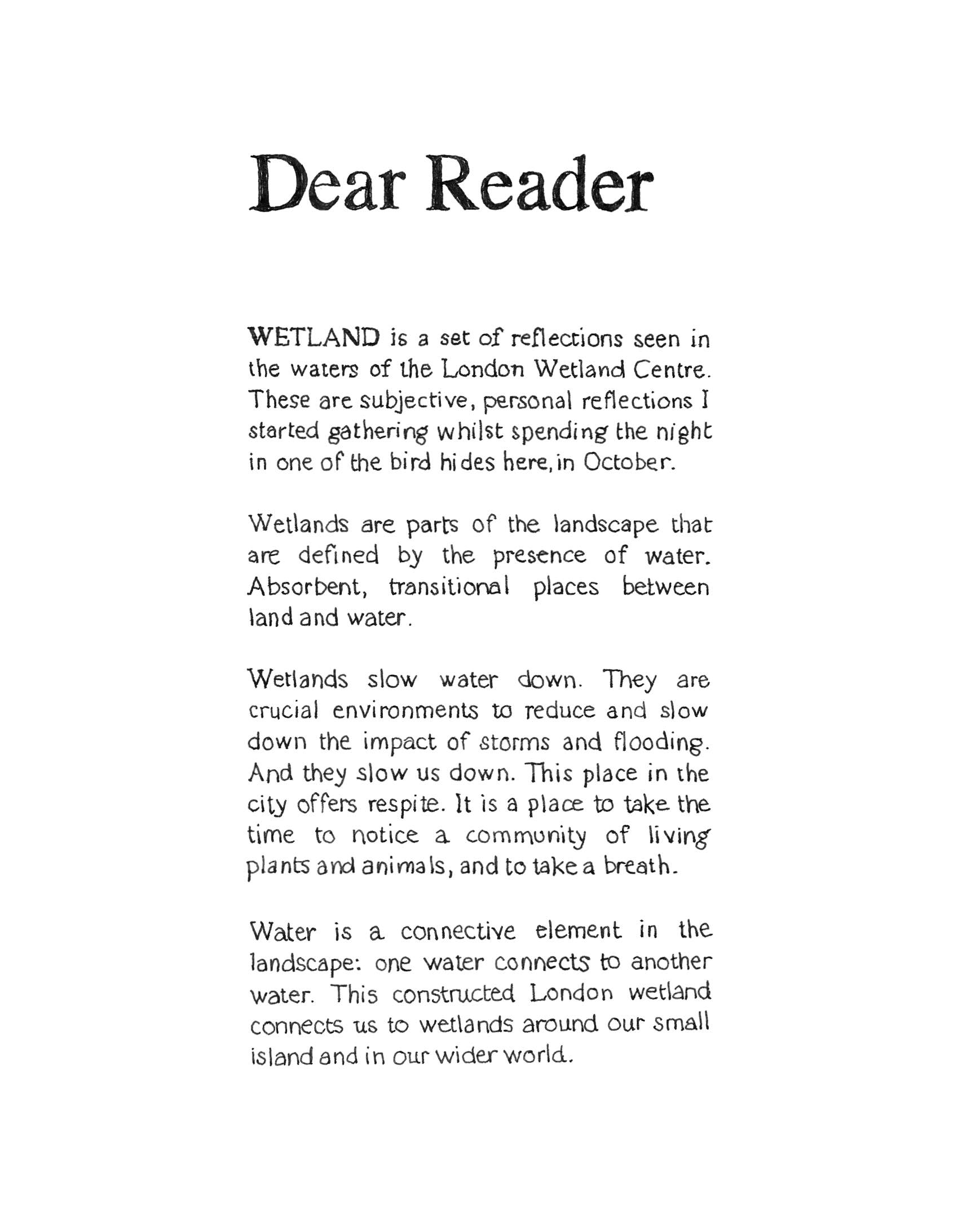 Kovats’ work explores how culture negotiates how we connect to the natural world. Her recent practice has focused on water as the connective element in the landscape. Kovats explores the psychological and poetic of this element, as well as activating water to provide a route to explore critical environmental and socio-political questions.

Wet Land is a new artwork in the form of a newspaper that combines Kovats’ writing and drawings, with wetlands as the subject. The work presents an embodied and highly subjective engagement with the natural world that celebrates the astonishing complexity and beauty of living things occupying wetland environments.

Kovats’ approach is based on her thinking that the more an individual can understand and celebrate the unique characteristic and significance of wetland environments the more likely they are to recognise their importance to both human and planetary ecology.

Through research at the London Wetland Centre, including spending the night in one of their hides, Kovats made connections with wetlands further afield, highlighting the environmental and socio-political challenges being faced by these important environments.

Within the newsprint various narratives for Wet Land are located in their own ‘ponds’ or pages and stories, interconnected by trickling streams of imagery. The relentless Heathrow flight path overhead tells a story of our accelerated human migratory habits connecting this place to the rest of the world.

Kovats work takes the form of a newspaper, 20 pages long including the back and front covers, and printed in black and white.  The paper measures 432mm long by 279mm wide – the size of a standard tabloid newspaper, 10,000 copies are printed and available at the London Wetlands Centre.  Unlike a newspaper, which appears structured with text and images laid out in blocks, this newspaper has a more organic or ethereal appearance.  It is neatly hand written in a style that looks typed.   There are a mixture of black and white photographs and water colour illustrations in which splashes of colour drip and bleed into the paper.  As well as the newspaper itself, the individual pages of Kovats work have been hung like artworks on the wall of the Peter Scott Visitor Centre.  This audio file describes the artworks in Kovats work.  A separate file narrates the text.

From left to right.  The title page of the work is a black and white painting that on first appearance looks like an ink blot.  Close-up, it could be a loose, watercolour illustration of a tree-lined body of water.  A dark brush stroke forms a horizon across the centre of the page.  Impressionistic brush marks have been used to create tree shapes rising up from the horizon line.  Below the line, the elongated mirror images of the trees tell us that we are looking at their reflection in water.  It appears that the artist may have folded the paper along the horizon line to create a smudged mirror image.  Layered on top of this image, in capital letters, is the word WET, above the word LAND.

Page 4 is a black and white photograph of reeds or grasses seen from the ground and looking toward the sky.  Seen up close, this is an almost abstract image of knotted and swirling black lines that reach from the outer edges of the page toward the centre.

Spread across pages 9 and 10 is a double page black and white photograph.   It is a view of the vista seen as the sun rose following a night in the Henley Hide.  In this atmospheric image, the land and plants appear as black shadows, sitting against the light dappled cloudy white sky. The bottom half of the page is almost entirely a wash of black, interrupted by circles, streaks and ellipses of white which indicate where the water is reflecting the morning light.    The edges of these white spaces are softened by the sketchy outlines of the reeds that edge the waterline.  Where the black landmass meets the white sky across the middle of the page, the buildings that surround the wetlands protrude in shadow from the outline of the treetops.  Moving from left to right, the buildings seem to disappear into the treeline.  The top half of the image is shadows of grey and white that are the clouds in early morning sky as day breaks on the horizon.

Page 12 is a black and white photograph of a black swallow on a plain, pale grey background.  Still and viewed from above, it is not clear if the swallow is alive or a taxidermy specimen.  We can only see the swallow’s black feathers which appear rich and velvety in this photograph.

Page 14, the page is mostly black with a white circle in the top half of the page in which there is a photograph of a duck swimming in the reeds on the wetlands.  This circle around the photograph of the duck suggests that the duck is being viewed through a telescope.

The back cover is a white page with a rectangular black and white photograph in the centre.  Taken from the ground and looking toward the sky; reed, grasses and flowers from the wetlands reach from the outer edges of the image toward the centre.  At the centre is an aeroplane seen from the underside. Because of the angle of the photograph, the aeroplane is the same size as the flower heads.  And as a result, the aeroplane isn’t noticeable at first, it blends into the image.  Below the photograph, in capital letters, is the word WET and below that LAND, followed by Tania Kovats, 2020.