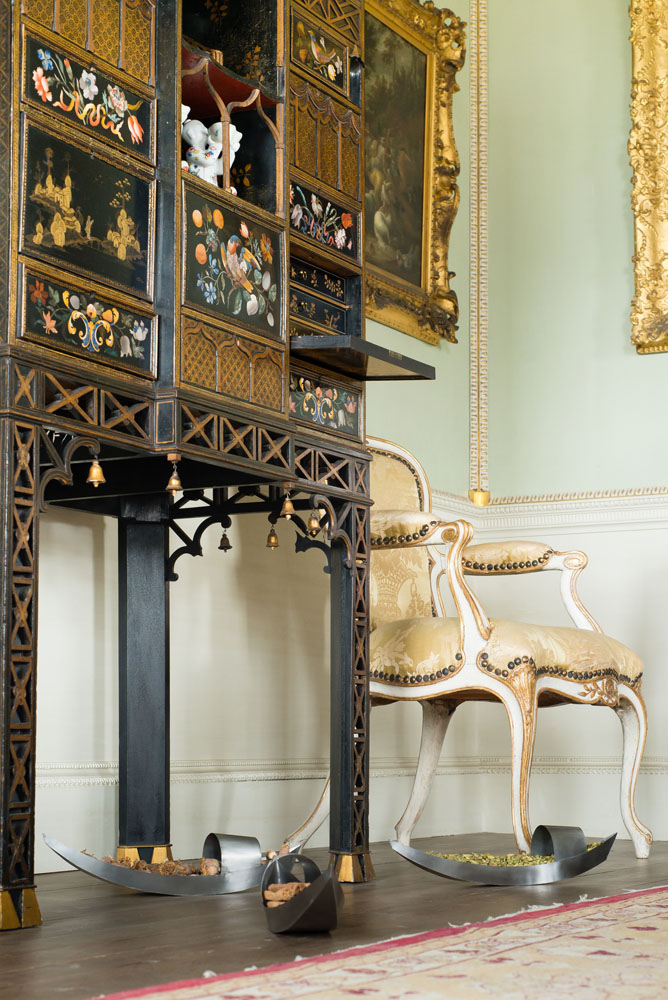 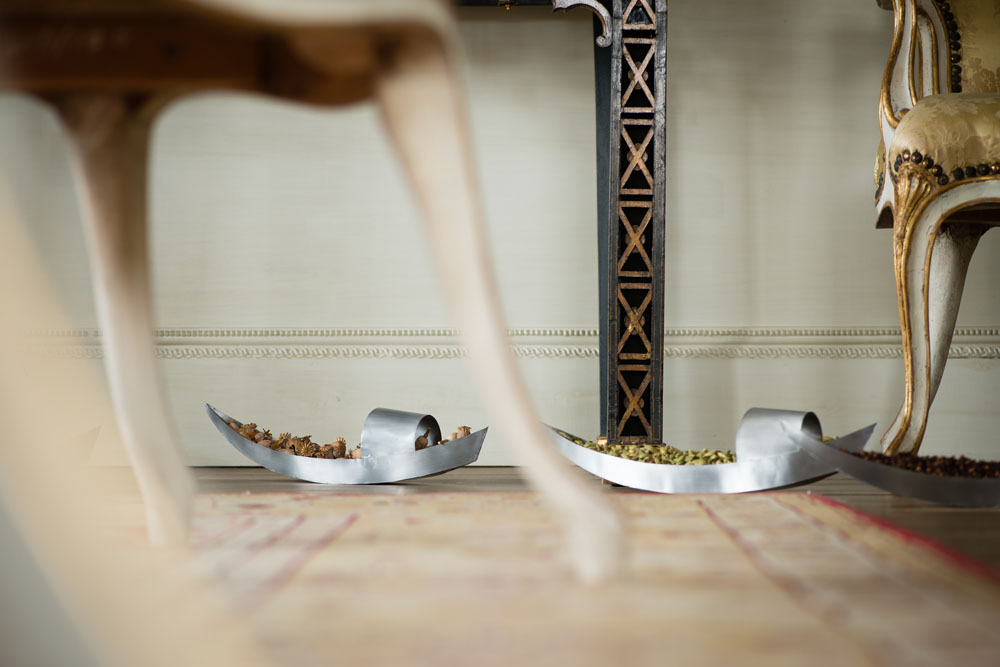 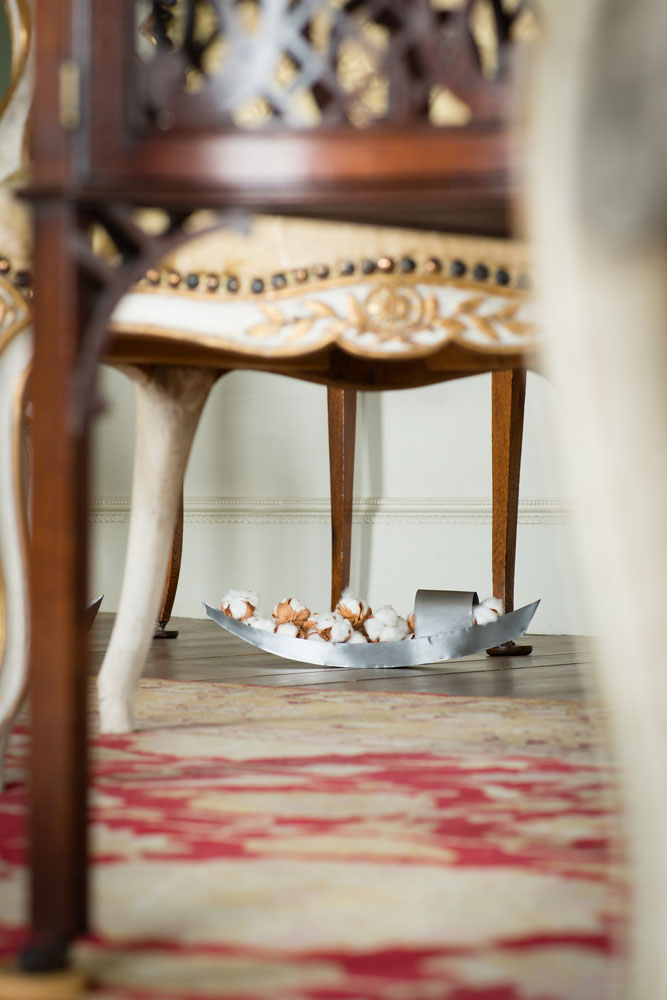 Having spent time in India and Bangladesh I was interested in Sir Matthew Fetherstonhaugh’s (1714-1774) connections with the East India Company (EIC). He is said to have been one of its largest stockholders and part- owned several East Indiamen: ships used to transport goods back from the EIC trading centres, including Bengal.

Uppark has a history of play and learning. H G Wells wrote of how his experiences in the house informed events later in his life. The grand doll’s house belonging to Sarah (Sir Matthew’s wife) was a tool for both play and instruction, encouraging an understanding of how to manage a home.

Sir Matthew was heir to a kinsman, Sir Henry Fetherstone (1654-1746), who taught him the trade of investment and speculation.

I’ve made a group of tin boats, inspired by the shapes of traditional vessels from Bengal. They are filled with cargo which the EIC traded such as tea, pepper, cinnamon, cloves, ginger, vanilla, turmeric, cardamom, jute, cotton and indigo. They wind their way across the floor, beneath the pagoda cabinet in the Little Parlour, as if left by a child who has finished playing. The boats can be seen as a boy’s equivalent of the doll’s house, designed to encourage an interest in shipping and trade.

There were major famines in Bengal between 1769-1773 when approximately a third of the population died. Some believe this was caused by EIC policy in the region, which forced farmers to produce cash crops like opium, cotton and indigo, and forbade the storage of surplus grain.

Robert Clive (1725–1774) was employed by the EIC and was twice the Governor of Bengal. Clive was challenged in Parliament during the 1760s and 1770s for his activities in India, which generated vast wealth for EIC stockholders and himself. Clive received support from a number of MPs, including Sir Matthew.

It is hoped the smells of the spices will gently waft around the room adding to the dreamy atmosphere of the space and evoking far-off places.