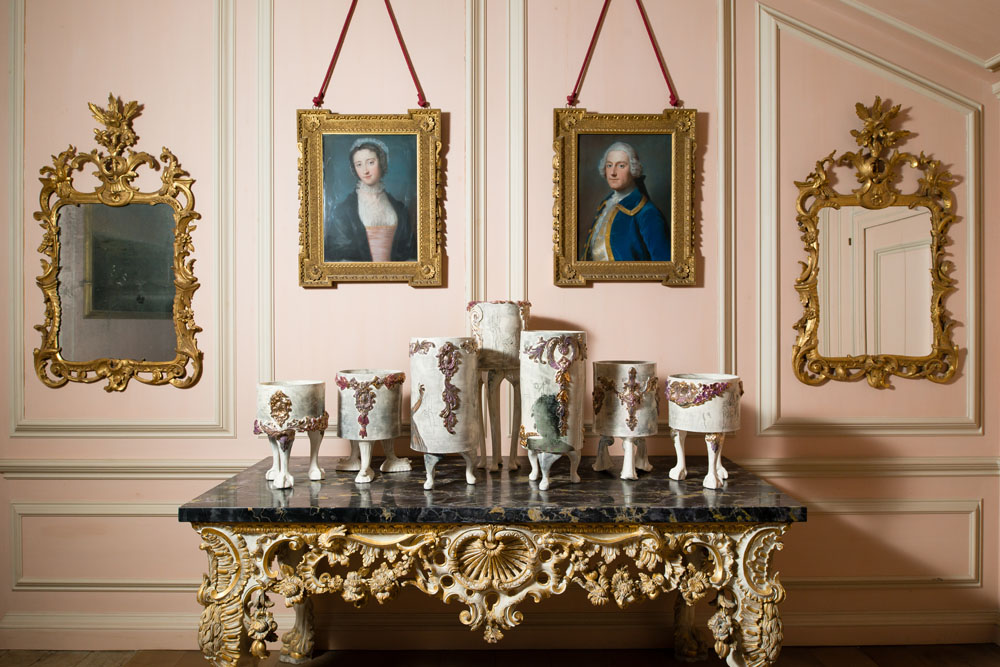 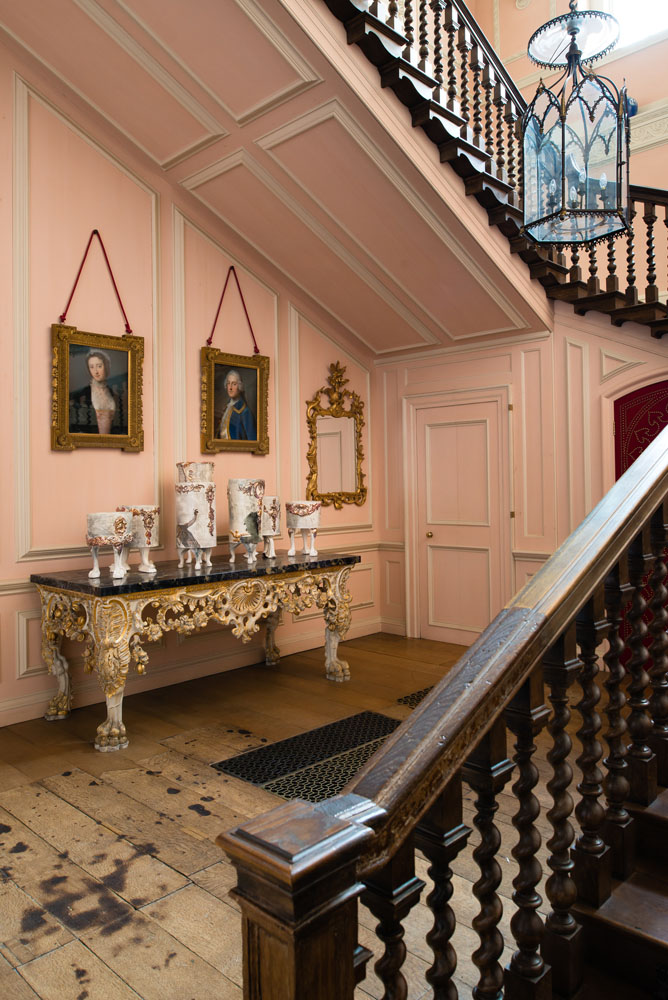 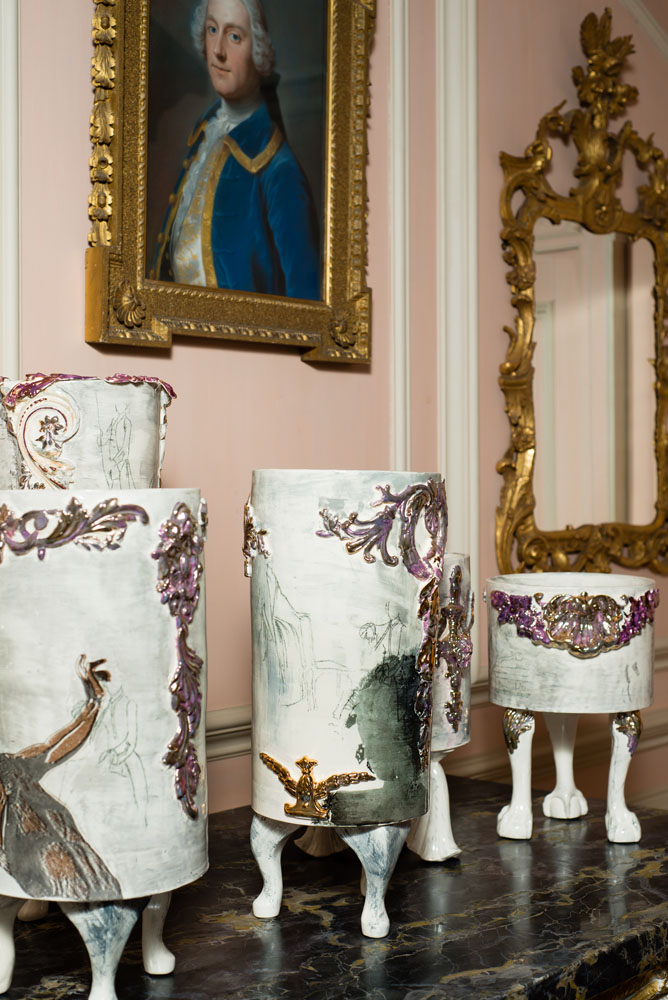 In 1825, Uppark’s owner Sir Harry married his dairymaid Mary Ann Bullock. 50 years younger than Sir Harry, Mary Ann was promptly sent to Paris to acquire ‘the social graces’.¹ I was interested in this transition from below stairs to above stairs and how this transformation could be visualised.

Outside the Still Room in the basement at Uppark is a row of fire buckets. The fire at Uppark in 1989 caused most damage to the upper floors. It therefore seemed prudent to bring a new set of fire buckets – suitably embellished – upstairs.

Mirroring Mary Ann’s life, these buckets went on their own fictional journey to Paris to acquire social graces. The once humble buckets now form a garniture² in the Staircase Hall. Whilst on initial inspection they may suit the new location, the effect of manual labour upon their form is still visible in the throwing marks, seams and joins.

The buckets are no longer able to fulfil their original duties and instead occupy a decorative position: static upon a marble- topped table to be gazed at by the master of the house, under the watchful eyes of his parents’ portraits.

Country houses ran on strict adherence to one’s place, and unsettling the hierarchies was unusual. In visual art, treating things that would normally be considered lesser or of marginal importance is a core method of camp. Indeed this garniture embraces the idea of camp, with its ‘philosophy of subversion and doubt which questions the legitimacy and seriousness demanded by social and cultural hierarchies’.³