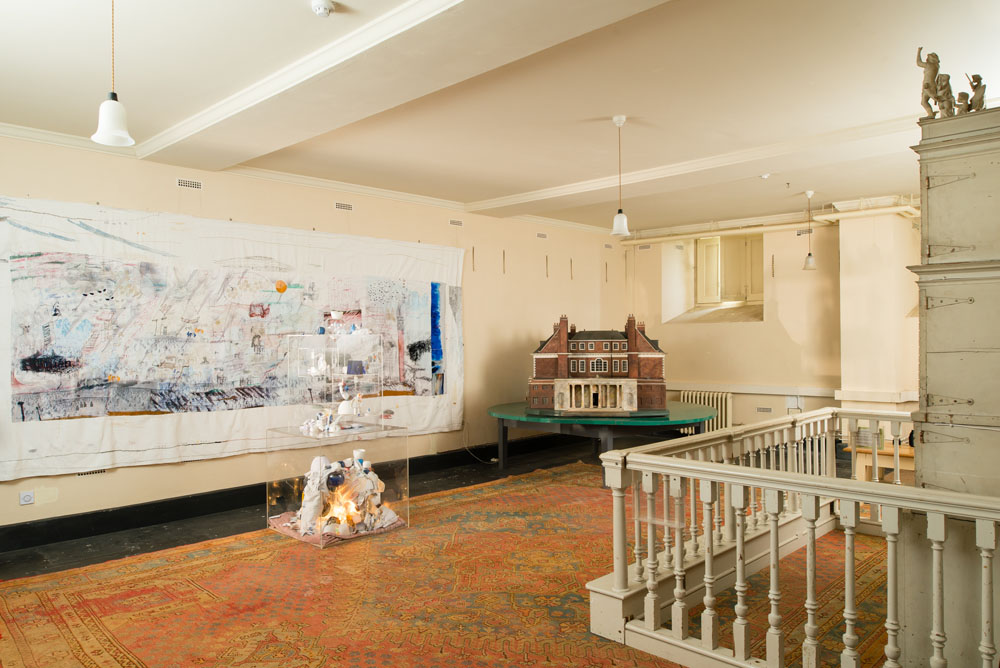 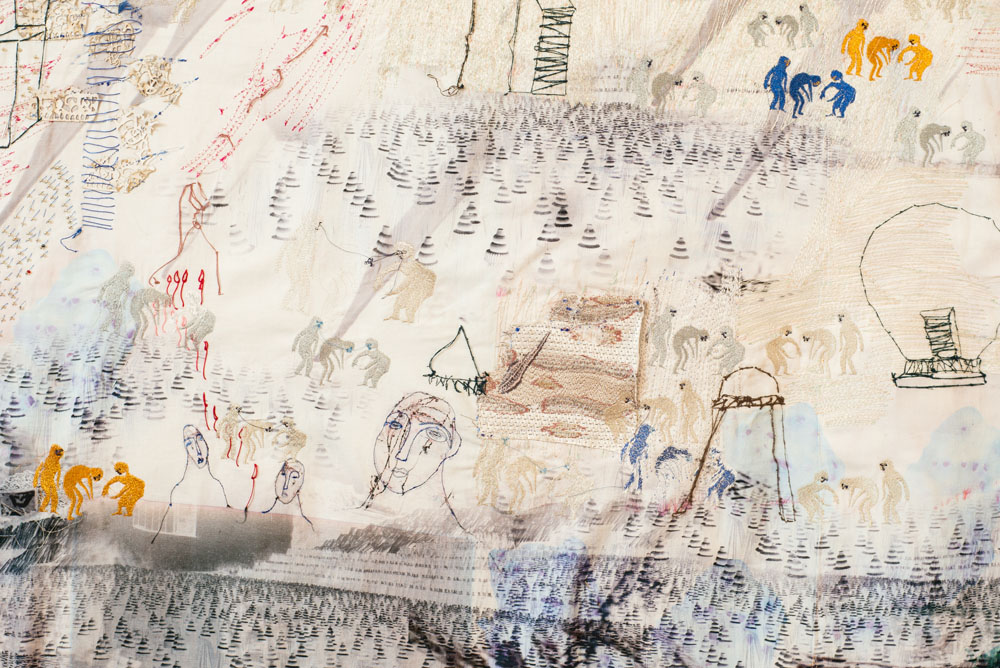 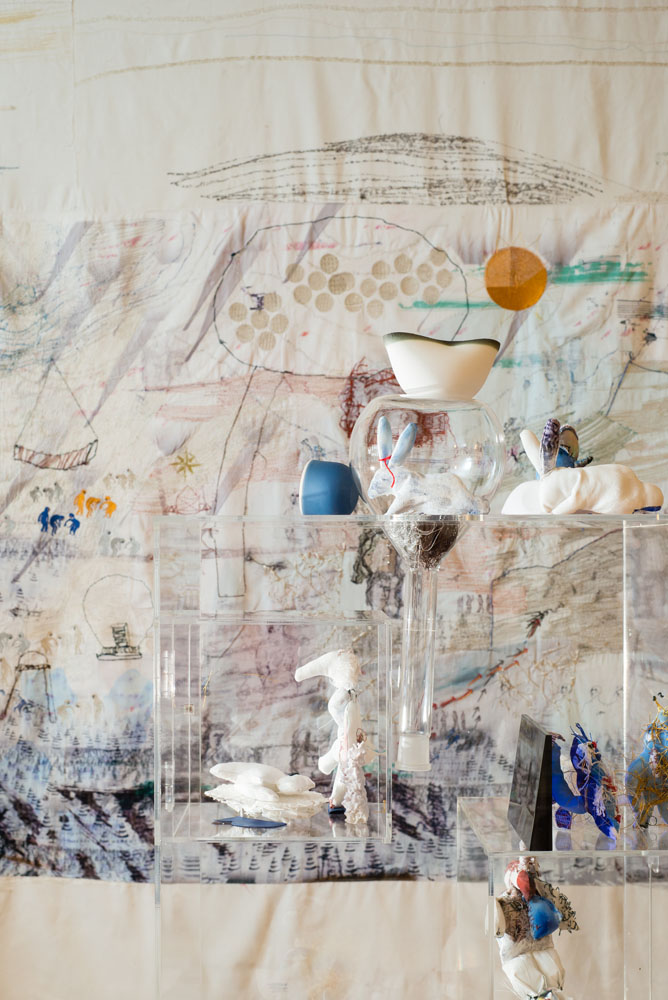 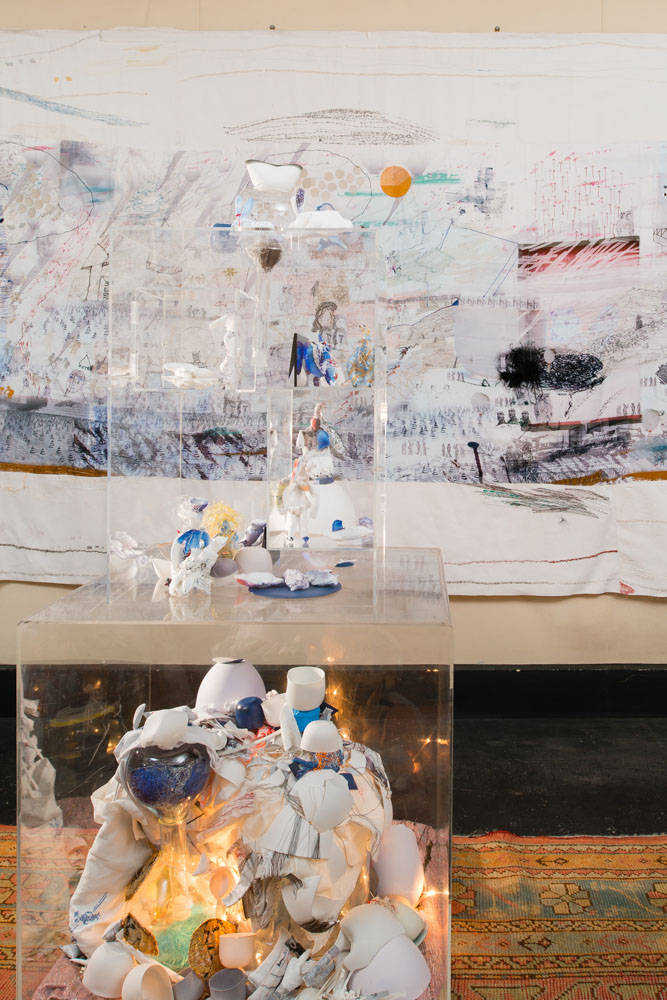 As a child, the doll’s house at Uppark had a huge impact on me as a repeat visitor with my mother and two sisters. We acquired our own monumental doll’s house and each of us made furniture and curios for it. I still have the doll’s patchwork quilt made by my mother. Alice Kettle

As a young boy, H G Wells spent a great deal of time at Uppark where his mother was the housekeeper in the late 1800s. He immersed himself in the rich contents of the library which influenced his imagination and desire to become a writer.

His science fiction book The Time Machine describes an alternative universe, which moves between virtual dimensions of the earthly world; in The War of the Worlds, the earth is subjected to a near-apocalyptic invasion by Martian beings. We have used these novels by H G Wells to make our own futuristic cityscape in the doll’s house room.

The House of Eloi wallhanging depicts a city destroyed and inhabited by strange and curious creatures – Eloi – from H G Wells’s original text. A futuristic, Perspex house is erected next to the existing doll’s houses. The lower section contains the shards: ceramic debris of broken buildings and a destroyed world. In the top section, the creatures make a new environment, where the familiar becomes unfamiliar and magical. The creatures are explorers: they begin to venture beyond their house to occupy crevices, corners and cabinets in other rooms.

Helen Felcey (ceramics) and Alice Kettle (textiles) have a history of collaborating with each other, and co-creation. They combine their practices to make collections and environments of cloth, thread, slip-cast ceramics, fragments and stitch. The creatures are both beautiful and strange; which, like H G Wells’s visions of the future, question our perceptions of the real and the unknown.