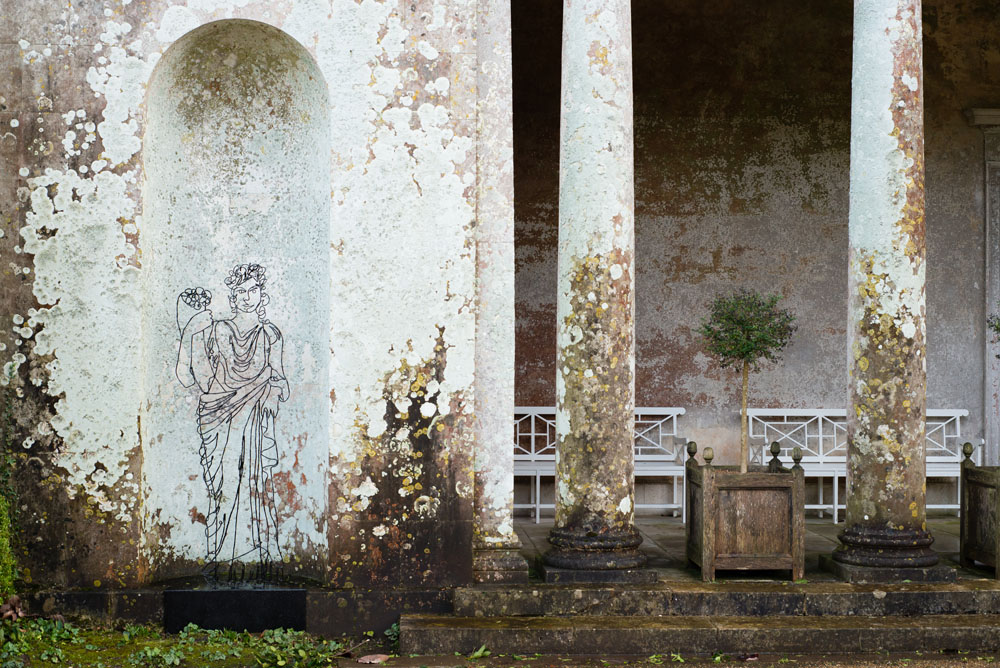 I am an artist blacksmith who uses steel to draw – I make sketches which I then re-create in steel, retaining the exciting feel and energy of the original drawings. Each piece has a life and character brought out by the use of a single line running through the piece.

Since I work primarily to commission, the location of an object I make is always important, because the work interacts with the environment around it. An object should always fit the location it is designed for, and on the visit to Uppark it was clear that the two niches on either side of the portico would be perfect for work which would tell the visitor something of the people of the house. The two who impressed themselves on me were Mary Ann Bullock and Emma Hart: two women who experienced amazing transformations in the house.

As a young woman, Emma Hart was painted a number of times by George Romney, in the guise of various Greek goddesses and nymphs. Based on Romney’s combining of classical dress with contemporary allure, she created a set of charades. These involved her dressing up, dancing and posing to evoke images from Greek mythology in front of an audience who would guess the names of the classical characters and scenes. This, and the huge classical influence of Sir Matthew Fetherstonhaugh, led me to look to ancient Greek goddesses for characters who would work as playful sculptural counterparts.

Emma Hart, who was the daughter of a blacksmith, a society hostess and later the mistress of Lord Nelson, linked perfectly to Euthenia. The daughter of the blacksmith god Hephaestus, Euthenia was the goddess of prosperity, growth and sailing.

For Mary Ann Bullock, the milkmaid who Harry Fetherstonhaugh fell in love with and married, Io was perfect – a nymph that Zeus fell in love with, but had to turn into a cow to prevent Hera from noticing her. Io was forced to wander the kingdom until Zeus could turn her back into a woman. She became a queen and was the ancestress of Hercules.

I drew the two women as these goddesses, showing who they are through the symbols the Greeks used to identify them, and providing a narrative based on the similarities between them which the audience can piece together. Io retains her cow horns and carries an olive branch of peace, whilst Euthenia carries a cornucopia of plenty, has a wheat sheaf crown and a flowing dress to symbolise water. 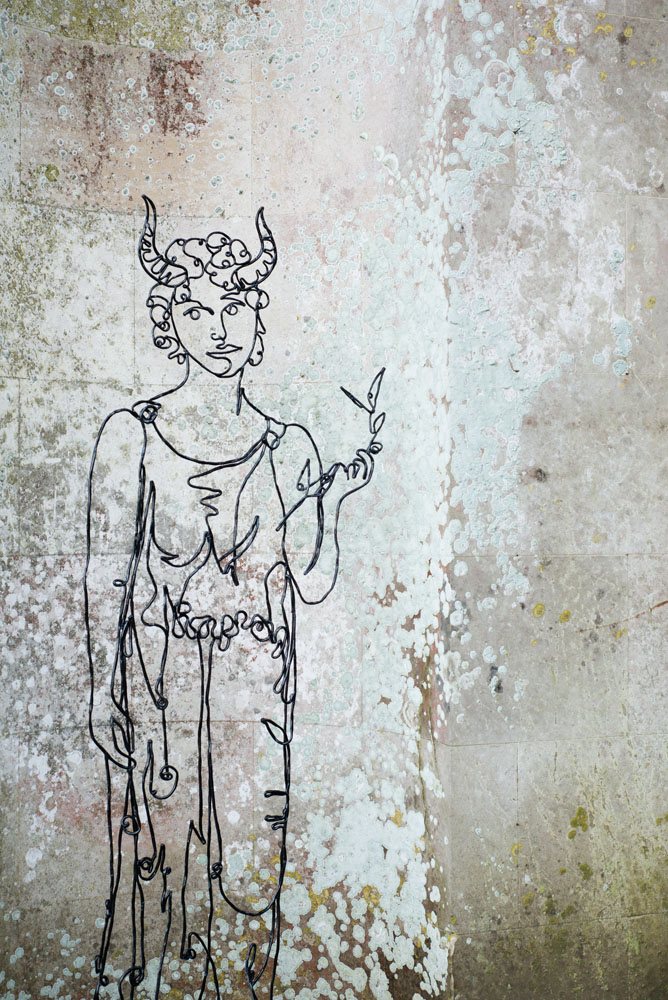