Eagle Costume from An Exquisite Diversion 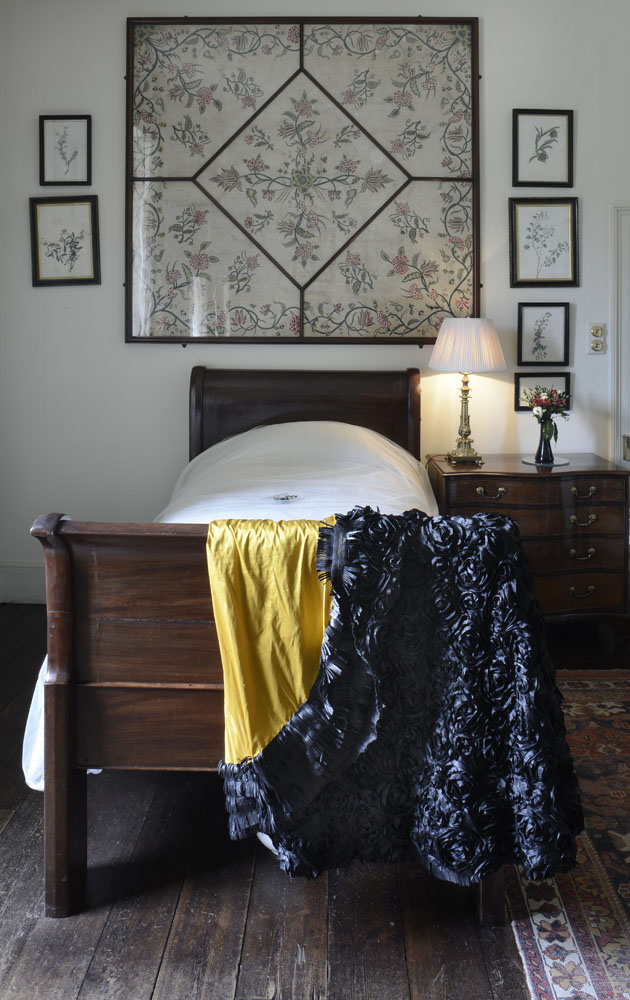 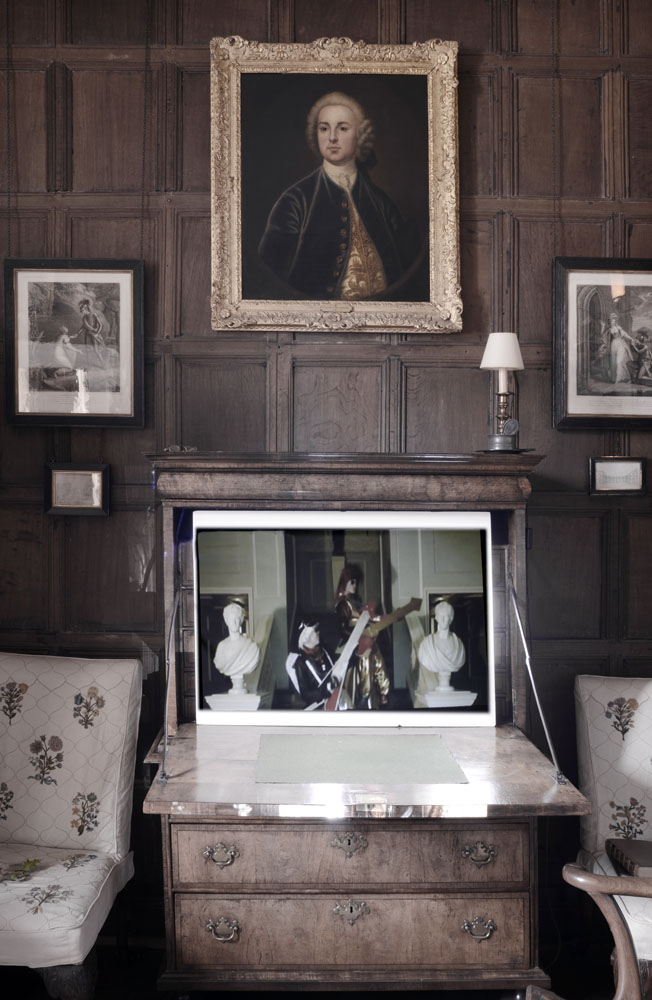 I was inspired to make this work after seeing John Chute’s collection of Lattimo ware plates in the China Room. The depictions of iconic Venetian scenes evoke the city’s celebrated masked carnivals that John Chute, Horace Walpole and their friends would have experienced during the Grand Tour.

Many young men adopted extravagant and unconventional dress and behaviour on their return from such travels. This was seen as unnatural by society and they were nicknamed ‘macaronis’. I have conflated the challenge to 18th century notions of masculinity by the macaronis with the gender flirting and fantasy role-playing of the 1970s glam rock era, both of which were derided and perceived as outlandish and effeminate. My film recognises the importance, historically, of musical performance and socialising at The Vyne, and relocates some of the spectacle and intrigue of the carnival’s commedia dell’arte performances to a fictitious party scenario in the house. As the narrative unfolds, Chute’s contribution to The Vyne’s aesthetics and architecture is acknowledged when theatrical features of its interior become highlighted. Chute, Walpole and their friends share an aesthetic sensibility and enjoy dressing up. As they re-enact themes of secrecy, love, pursuit, jealousy and betrayal in the guises of Harlequin, Columbine, Eagle and Cupid, they experiment freely with different personas and genders. The roleplaying keeps their true identities concealed, and enables the group to ignore society’s restrictions and expectations concerning gender, sexuality and class. During Venetian carnival time, costumes and masks similarly maintained a person’s anonymity and any perceived transgressions remained unchallenged.

The hybrid costumes allude to the feminine, but confirm the possibility of the existence of alternative genders and sexual identities. The characters’ repetitive, affected gestures within stylised tableaux and the film’s soundtrack reflect an overarching camp of a type that is found in theatrical melodrama, and in the avant-garde performances of the early glam era. Visitors to the house will encounter discarded items of clothing, which are the traces of the frivolity of the self-styled ‘Committee of Taste’ as they abandon their usual decorum and their responsibilities.

The Vyne provides a rich and seductive backdrop in which self-conscious challenges to the constructed nature of gender are made. In a retro-futurist spirit of a glam sensibility, the task transposes from the ‘twirling fingers’ of the macaronis to their posturing, guitar playing, glam successors.