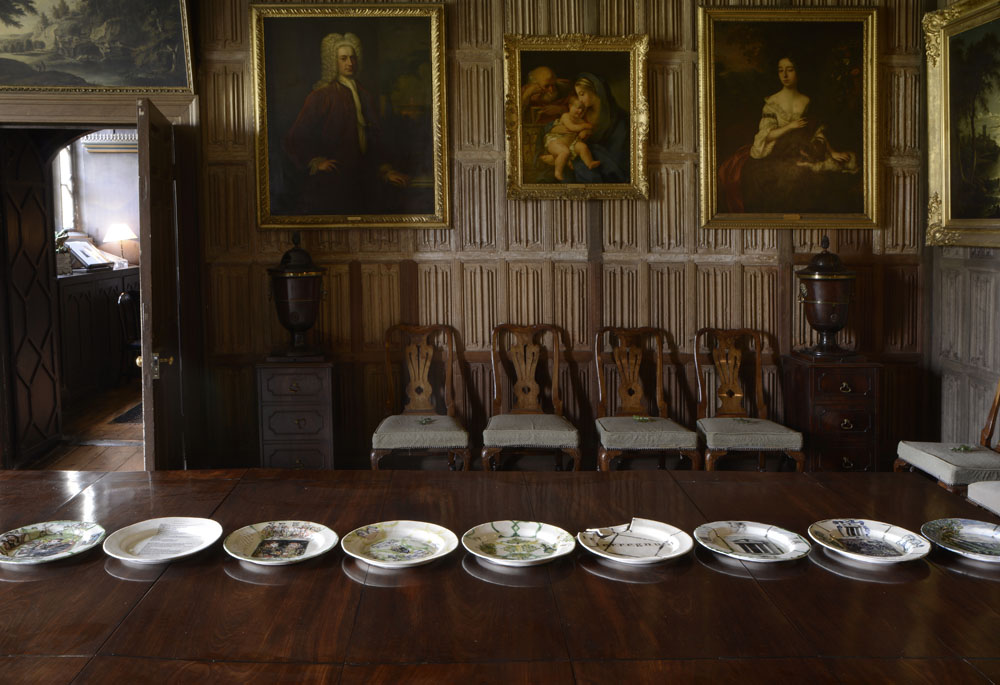 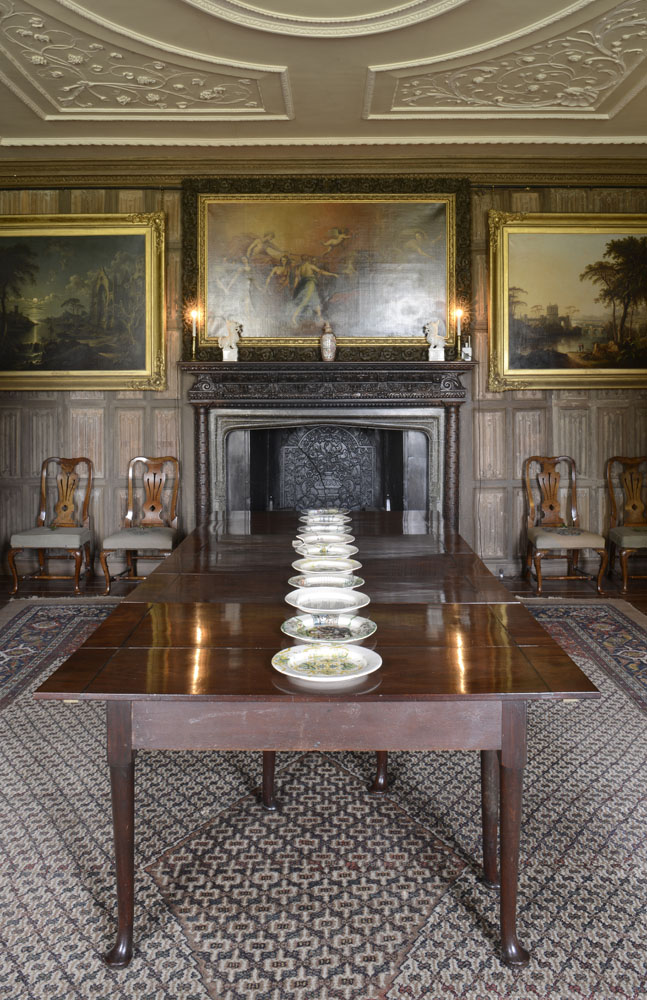 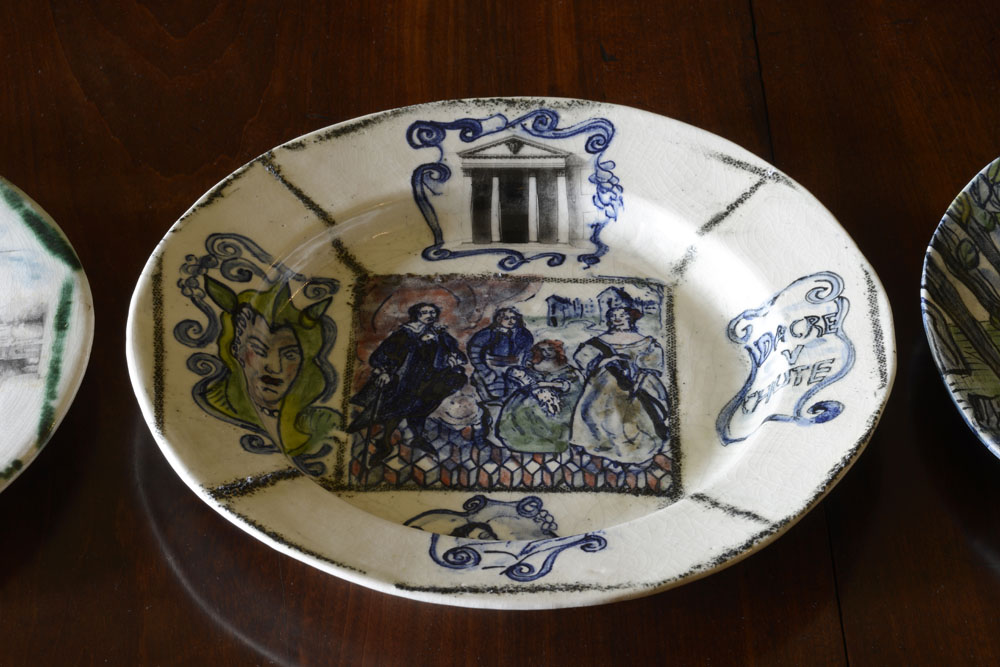 In 1686 Dorothy, Lady Dacre, the widow of Chaloner Chute I, commissioned me to make 12 ceramic dishes to give to her grandchild Edward Chute and his bride, Katharine Keck, as a wedding gift. Remarkably these still survive at The Vyne.

It might be said that this was her way of making amends after a tumultuous period of intermarriages, intra-family feuds and lawsuits, including her notorious court case against her own stepson, which culminated in her felling all the timber on the estate.

In commissioning the dishes, Lady Dacre has provided an insight into the crucial role of aristocratic women in an age of huge political turbulence and fragility of life. In what may seem to have been purely a man’s world, where marriage secured wealth, authority and power, some women were able to exploit the patronage networks essential to ensure their own and their family’s success; but widowhood or the whim of a monarch could equally spell financial disaster. The dishes include references to Mary Neville, Chrysogona Baker, Dorothy’s daughter Catherine Lennard, the effect of the Interregnum years and the transformation of The Vyne by John Webb, a family connection of Dorothy’s. They also incorporate architectural motifs from The Vyne including the cushion cover Lord Sandys commissioned with the house’s name and the Flemish floor tiles in the Chapel.

The story behind one painting in particular offers much insight into the fortitude of women of the time: Hans Eworth’s painting of Mary Neville. Mary is depicted beside a portrait of her dead husband Thomas Fiennes, Baron Dacre, who had been hanged for murdering a gamekeeper and whose lands and titles had been forfeited. Mary battled to gain them back and upon the accession of Elizabeth I the family honours were restored. That she had married twice and had six children in the intervening 17 years was irrelevant to her position as a ‘good widow’ and keeper of the Dacre dynasty.

Unlike the ancient oak trees in the park that Lady Dacre felled, the Dacre family portraits and dishes still remain at The Vyne – silent witnesses to the determination of Lady Dacre to preserve her family’s memory.