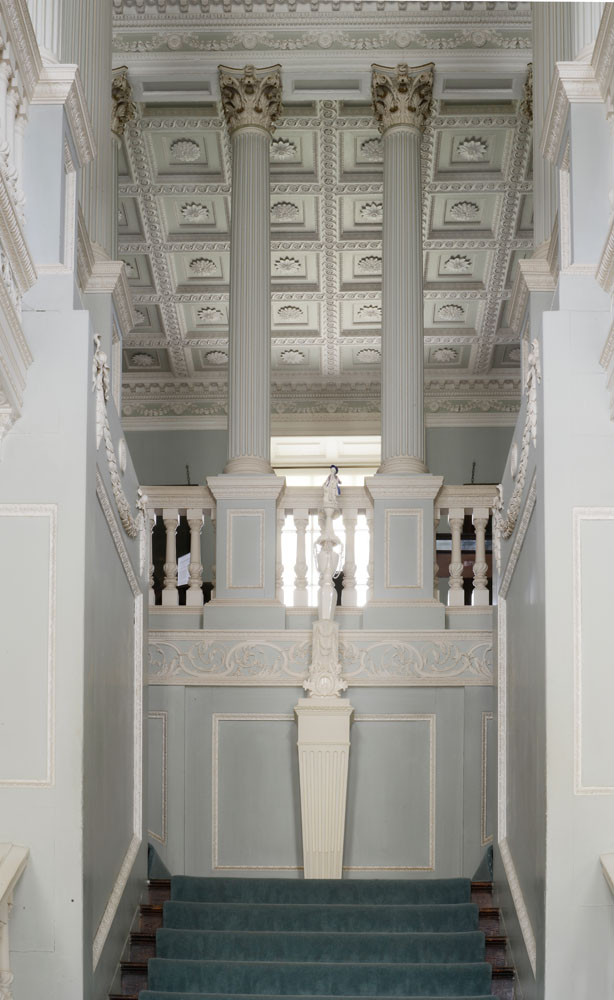 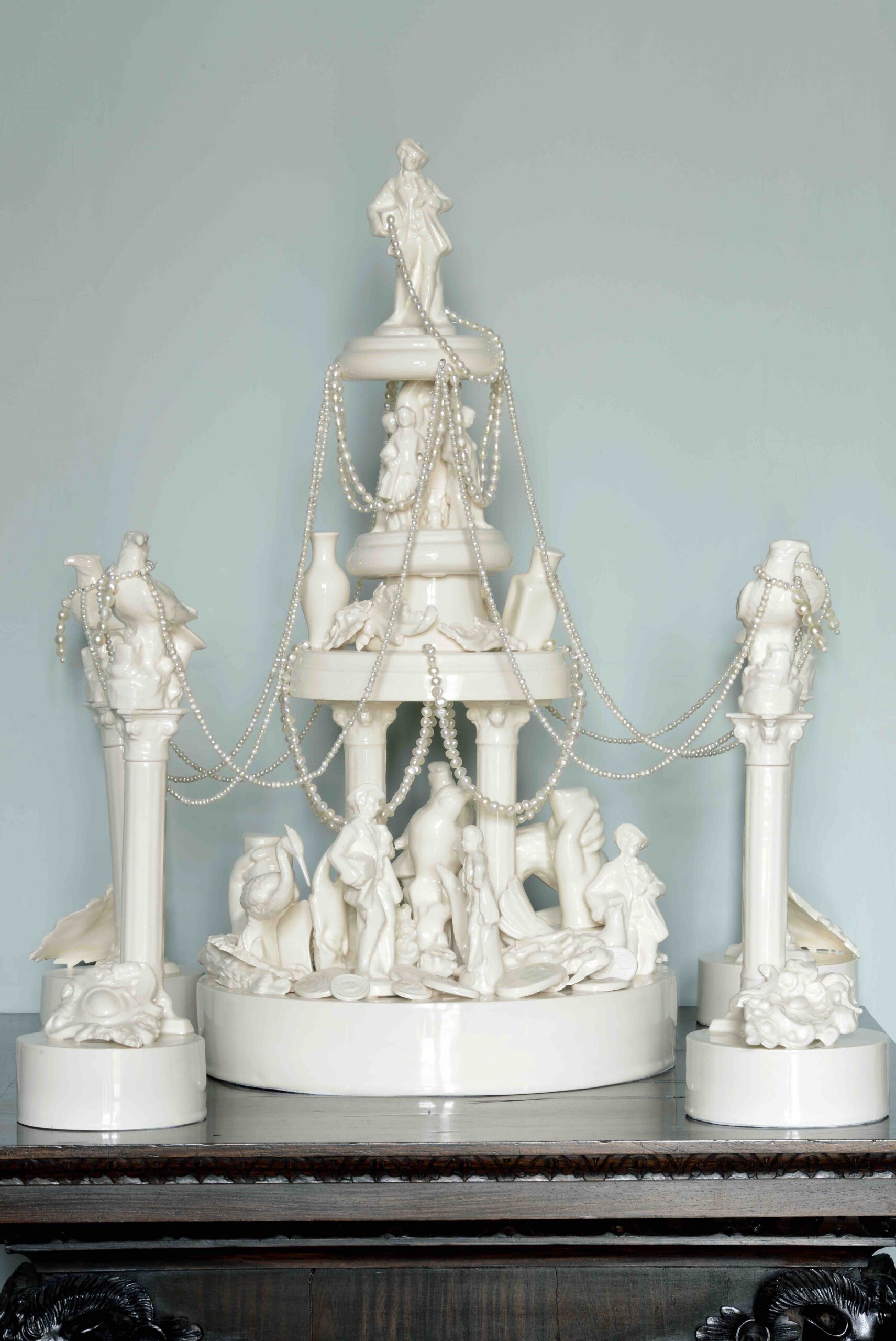 John Chute was the youngest of Edward Chute’s ten children. It was therefore surprising that he eventually inherited The Vyne in 1754 when he was in his fifties. Chute, alongside his friends Horace Walpole and Thomas Gray, formed the self-named ‘Committee of Taste’ which is most famous for its designs for Walpole’s home Strawberry Hill. Their influence was also felt at The Vyne when Chute began a programme of remodelling and redecoration of the house. One of the most obvious manifestations of this is the neoclassical Staircase Hall.

In doing so, Chute moulded The Vyne, controlling the domestic space to meet his aspirations and present the world with a carefully crafted self-portrait. The Dandy places a figurine of Chute within this setting, propped up with neoclassical detail and oriental-inspired ceramics, raising his height and position. Flanked by marble busts of Caligula and Antoninus, John becomes an 18th century domestic emperor of all he surveys, albeit on a scale which makes these pretentions to grandeur slightly comedic. Horace Walpole was one of the most prolific letter writers of the 18th century and through his correspondence with John, we can start unpicking their relationship. There was a sizeable age gap between them and Walpole, the younger of the two, comes across as the more excitable, energetic and impetuous.

Their shared loves of collecting and decoration provided a bond that cemented their friendship. Walpole’s letters to Chute – especially those written when travelling around Italy – were peppered with the mention of objects that Chute ‘had to acquire’ and suggestions for improvements to The Vyne. The more considered Chute would act on some suggestions but reject most of them. The Gift is the legacy of those discarded suggestions. Walpole expressed his frustration with Chute’s editing of his ideas and enthusiasms writing to George Montagu: ‘I have done advising … as I see Mr. Chute will never execute anything’.

Not wanting to further hurt Walpole’s feelings, The Gift sees Chute bundling all of his rejected suggestions together and hiding them out of sight, behind the main staircase. Unable to throw away the unwanted tokens and trinkets, Chute masses the divergent objects gifted to him which map Horace’s travels and magpie-like search for beauty. Their collective display, adorned with strings of pearls, questions the subjective and temporal nature of good and bad taste. 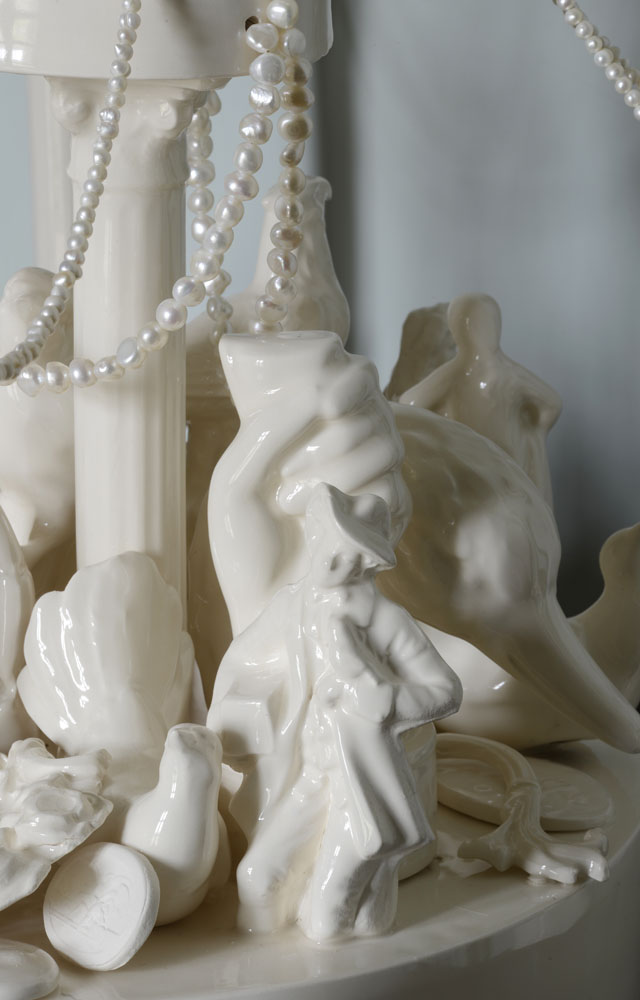