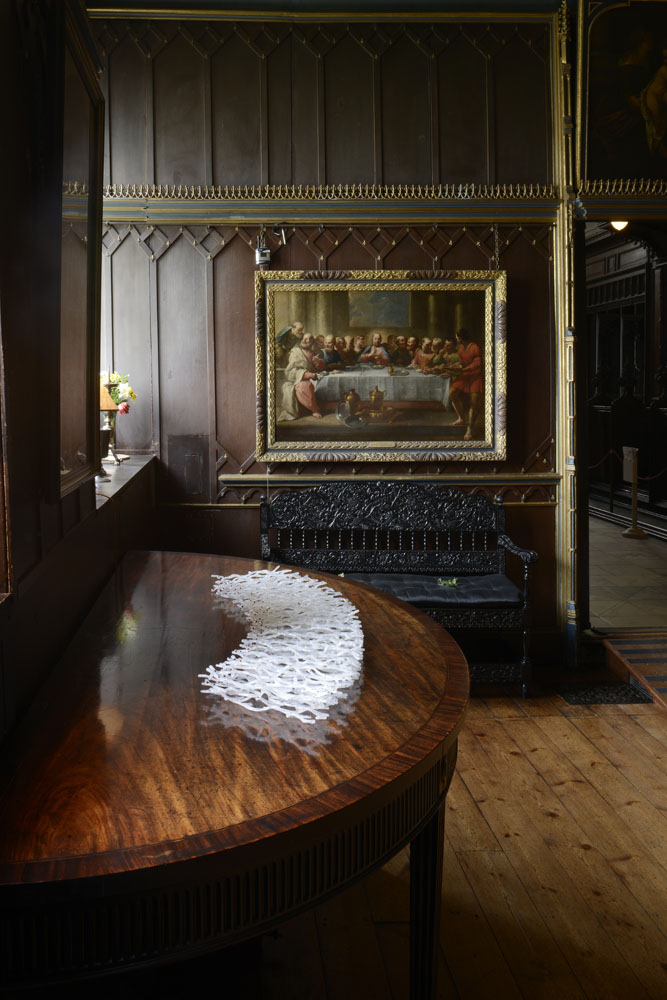 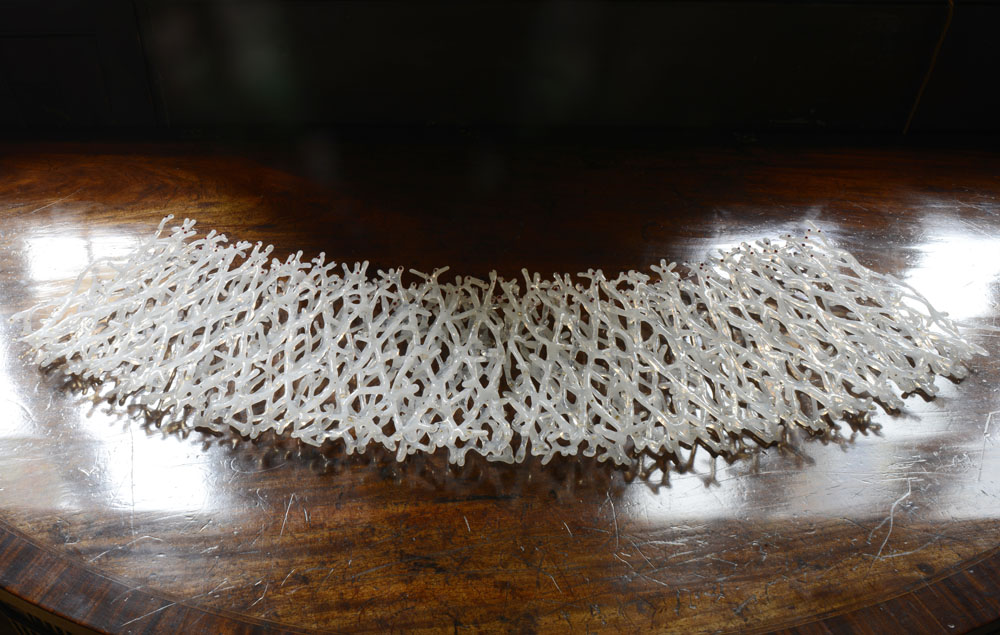 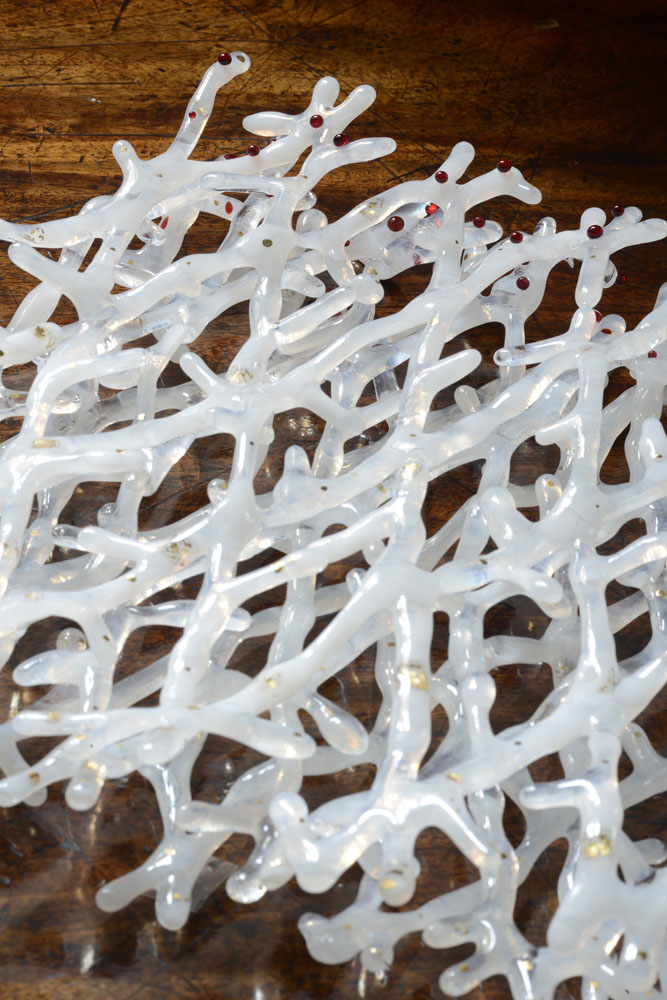 A fascinating tour of the house in July left me intrigued by its Tudor history. Although the history of the house emphasises the Chute family, I was struck by its pivotal role in the Elizabethan story of power play, grandeur and art. This era continues to surprise me with its rich theatrical texts and costume, both of which are deeply layered with political and religious meaning. Courtly and aristocratic fashion designs from Henry VIII to the end of the Tudor era were among the richest in history. I was drawn to a variety of objects that reflected this. The statue in the Oak Gallery of Mary Queen of Scots with her stiff, regal ruff served as a poignant reminder that power is fleeting. As Elizabethan style took hold over the next 40 years, the ruff evolved into a theatrical adornment emphasising the head, elevating it away from the body and into another realm. This can be seen in the full-length portraits of women courtiers nearby. These fashion accessories were layered with copious yards of expensive linen or lace and embellished with gold and jewellery that signalled the wearer’s wealth, holiness and political allegiances (coats of arms were often woven into the lace). I was attracted to their sculptural form, construction and use of luminous materials. Building up layers to create a dense mass in fused and bent glass has become an important part of my recent work and I wanted to apply this to a new sculptural form.

In the Dining Parlour the portrait of Charles Chute (1620), the father of Chaloner Chute I, wears a brilliant white ruff made of soft, gauze-like material. Below this painting on dark wood sits a simple, elegant set of white porcelain tableware – the ethereal quality of ghostly white contrasting with dark backgrounds stayed with me. Later deep red was added to my colour scheme as I became aware that aristocrats paid for their stature with their own blood whether by death or through producing heirs. The stunning and curious objects in the house (more permanent than their owners) convey the fragility of life: the body decays while sculpture, painting and ideas live on and are captured at The Vyne.