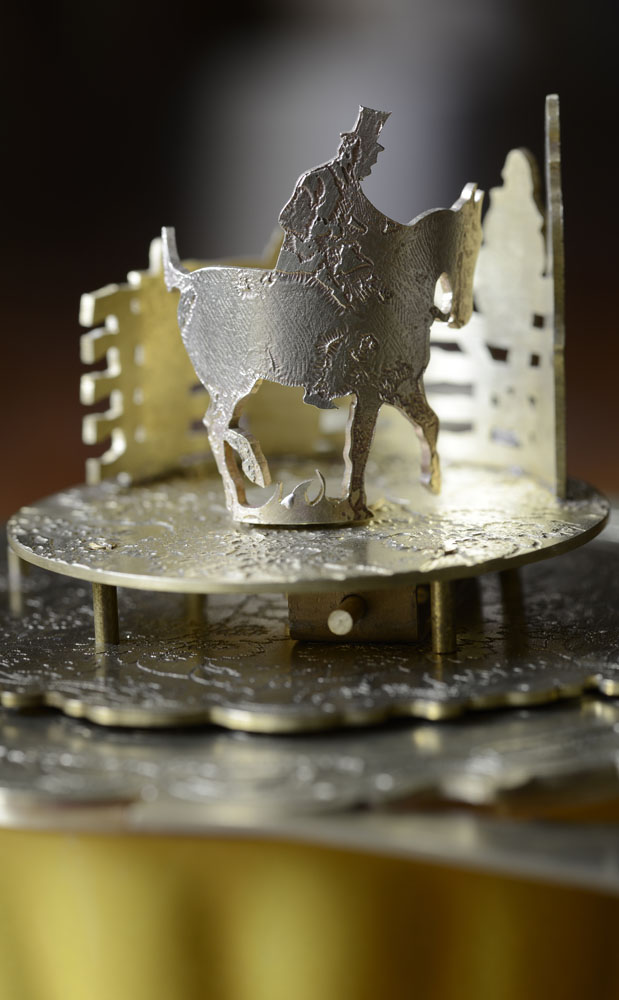 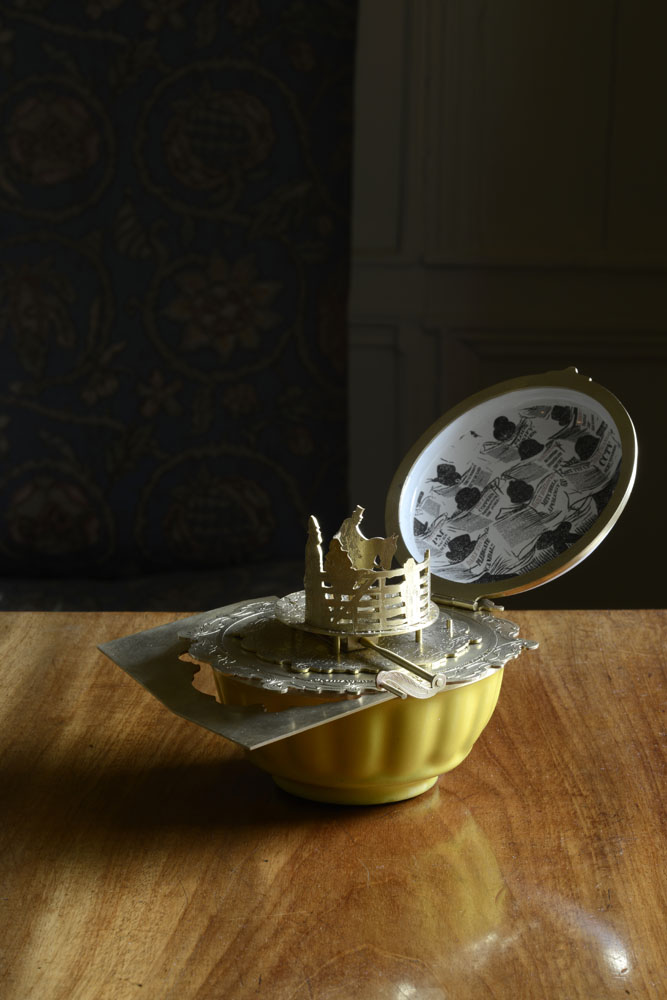 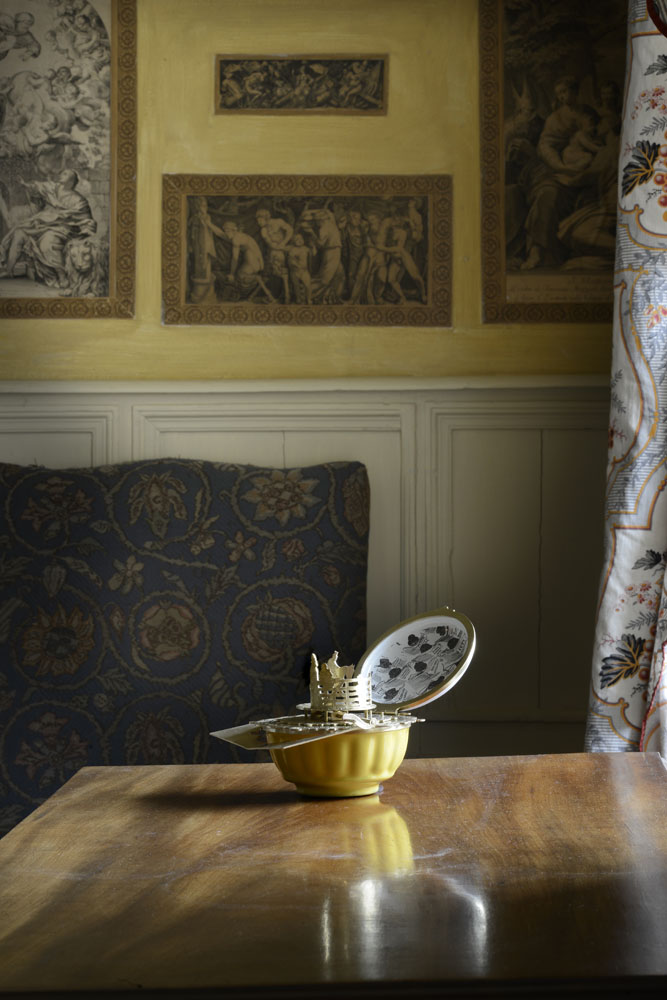 In a world that is reflecting on the environmental legacy of the Industrial Revolution, where manufacturing industry is shunning the old ways of making in favour of new digital technologies, the notion of sustaining dying or defunct Black Country metalworking processes through crafts practice seems anathema.

My practice uses the processes and visual aesthetic of the Georgian enamel box industry of the Black Country. Patch boxes, snuff boxes and other related enamel objects, often small in size, embossed and brightly coloured, provide a fascinating insight into the social and political ‘goings-on’ of the 18th century. By juxtaposing the visual language of the past with contemporary thinking, I create a world of fakery and obfuscation in order to confuse the viewer as to the origins of my contemporary, satirical craft objects. For Unravelling The Vyne, I have created Gate Gate, a large enamel box containing a simple automaton that fuses together two narratives: the historical story surrounding The Vyne hunt, where the duke was barred passage through a gate by a member of staff, with the contemporary ‘Plebgate’ affair involving the Rt Hon Andrew Mitchell MP, where he was refused permission to cycle through the main gates of Downing Street by a police officer.

The object collides the 18th with the 21st century. The base is a classically inspired ‘enamel pot’ form. Brutally, a cut is taken out of the fluted side and decorated with a deep red motif drawn from the brocatelle hung in the Large Drawing Room. The brass automaton components are etched with a motif from the same textile pattern, with some elements distressed to mimic the patina of age. The enamel base and lid are held together with a hinge and mount that is clearly traditional in form, but a large section of the sheet brass still remains to make the viewer question the era of manufacture. The images on the lid are inspired by illustrations from the satirical Punch magazines held in the Library and the print of The Vyne Hunt gate altercation. These images were digitally manipulated using Photoshop in order to add subtle references to contemporary events including headlines on the newspapers and cuts of meat marked out on the huntsman’s horse. Open the lid and inside is a small automaton!