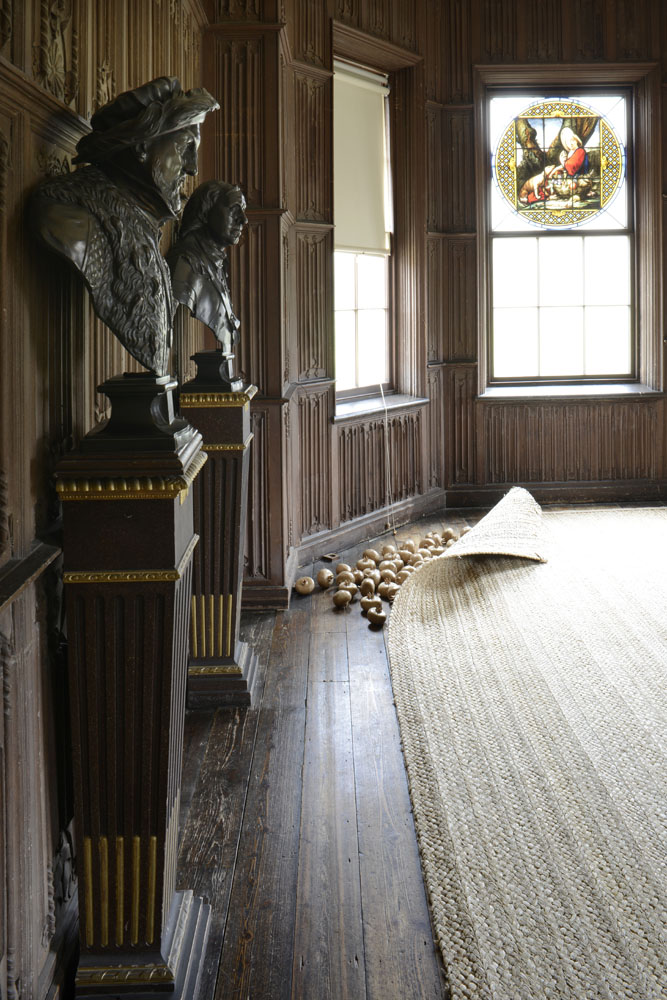 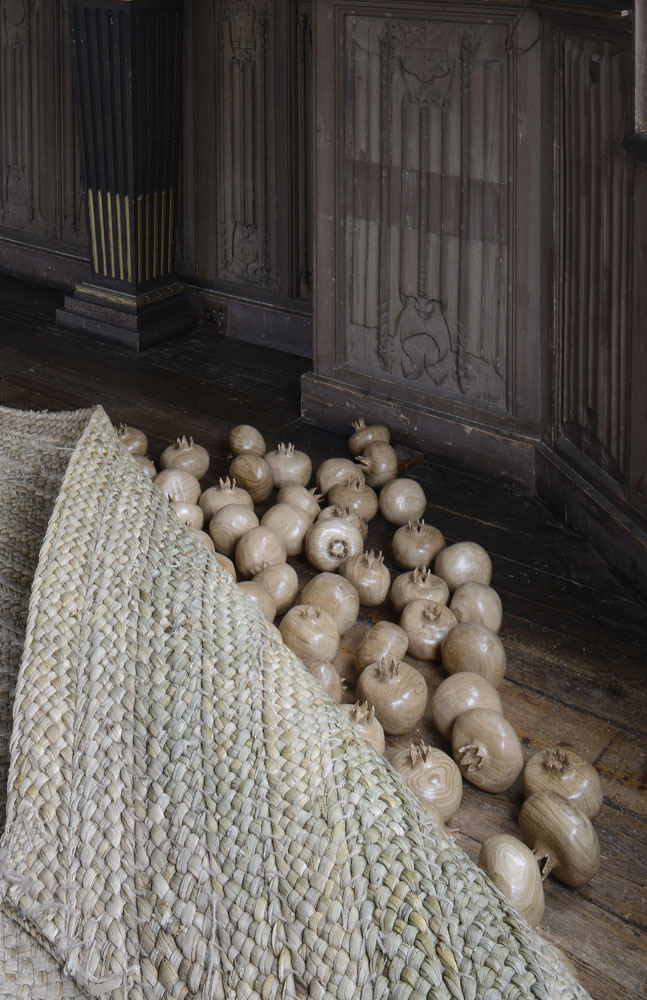 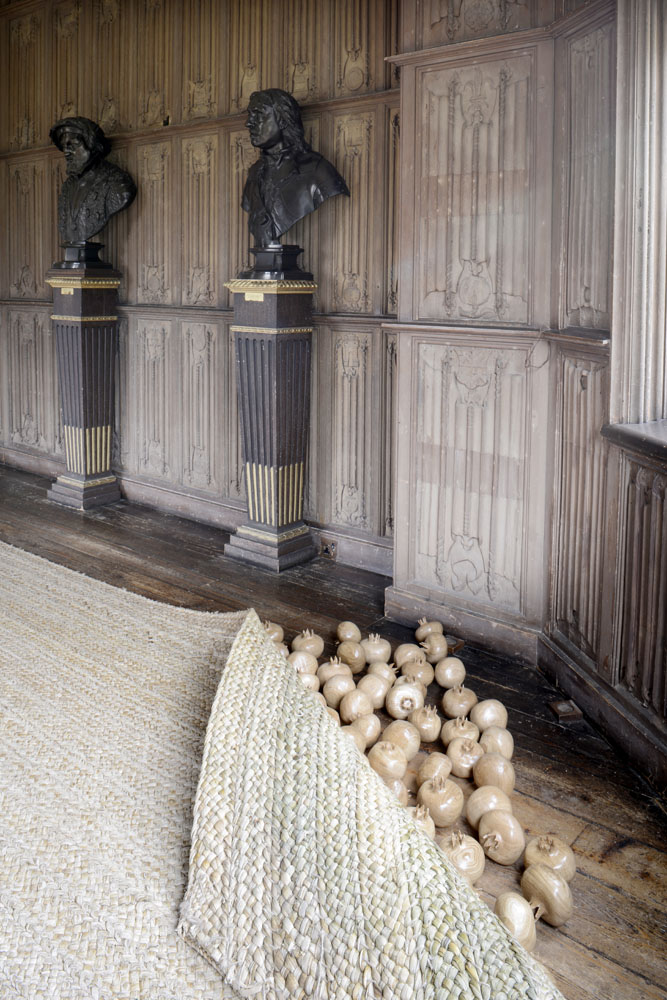 Upon exploring the Oak Gallery at The Vyne, my interest as a contemporary wood carver lay within the oak panelling that monopolises its walls. Commissioned by Lord Sandys and made by local craftsmen, the panelling depicts the height of contemporaneous pomp and celebrity through the use of symbols and representative imagery.

The most noteworthy of appearances within the permanent panelling are the visual references to King Henry VIII (the Tudor Rose) and his wife, Catherine of Aragon (the pomegranate). It has been noted that Henry attended The Vyne during and after his divorce from Catherine, leaving the panelling to become invalid and subsequently covered up, or disguised in the postdivorce visits so as to not offend the king.

Within my intervention the pomegranates are plucked from their origin within the panelling and piled in haste under the hall rug, moments before being hidden from the king’s sight. This multitude of discarded fruit made for the floor of the gallery directly references the number of times Catherine’s symbol is carved within the panelling.

This subversive act of making represents a historic moment in time where the king’s decision to detach from the Catholic Church in order to divorce Catherine and then remarry was prevalent. The crafted intervention (a mass of fruit) also makes reference to Catherine who was fruitful in that she conceived six times in order to satisfy the king’s need for a son, but was ultimately rejected after producing only stillborns, short-lived sons and a daughter who would become Queen Mary I.