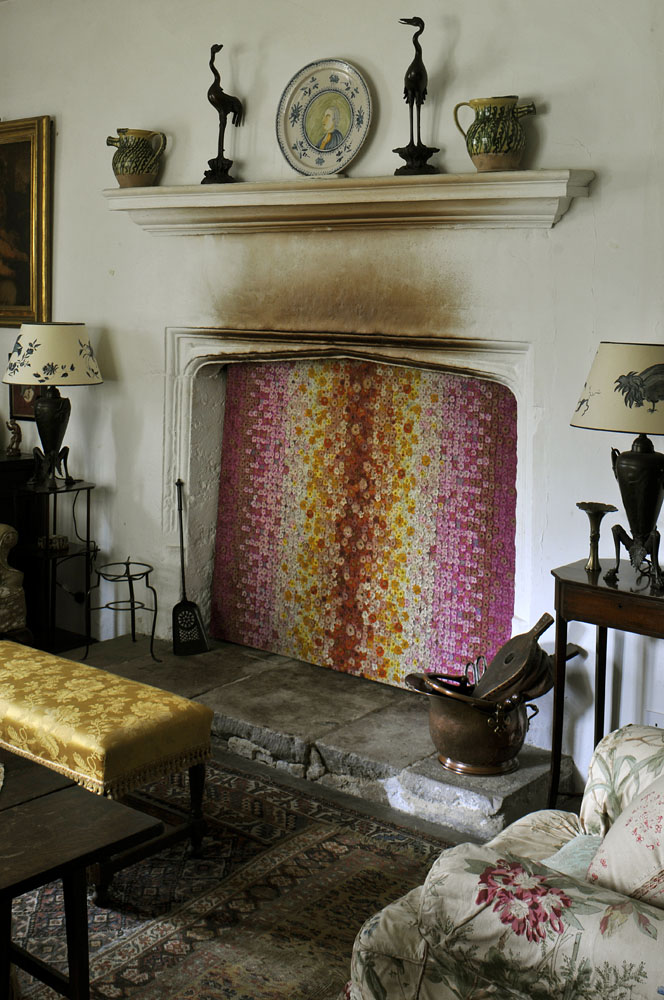 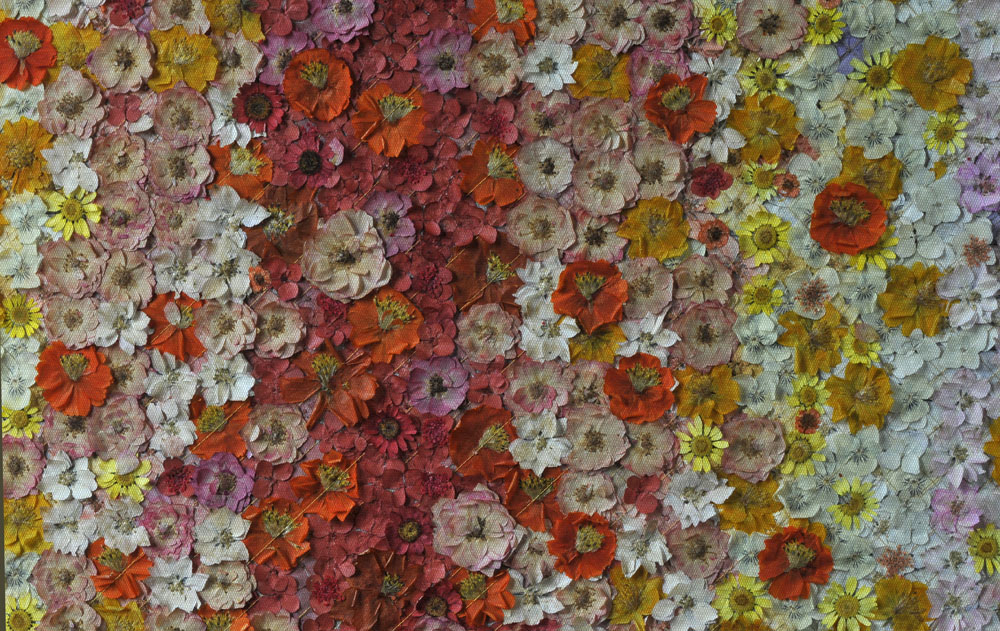 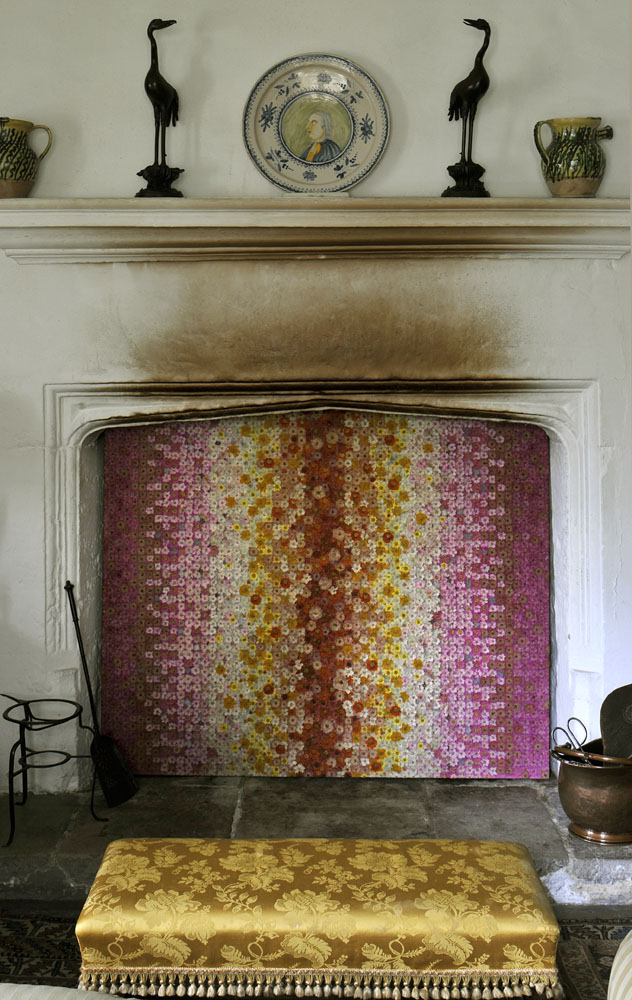 I began working with pressed flowers in response to an invitation to make  work for the exhibition The Honeybee and the Hive at Contemporary  Applied Arts in 2010. Commenting on the potential demise of the bee, and  by implication man, the resulting piece for this exhibition used only blue  larkspur, though there is an intensity and variety in the range of blue in the  flowers, trapped behind black funeral veiling, inaccessible and useless to the  bee in its pressed state.

Researching the history of Nymans and the people  who lived there, visiting the house and the gardens,  accompanied by continuing thoughts around colour  field painting and the potential of shaped canvases  such as those of Richard Smith, I took the Messel family’s passion for their gardens and aspects of  their interior décor to create a new work responsive to the location and history. A new flower work on a large scale that reflects aspects of the long borders, the constant seasonal regeneration of the planting, the floral motifs echoed in the rugs and tapestries in the house as well as in the Messel women’s dresses through the generations.

As a location, the fireplace in the Library was proposed, as this was a focal point for Anne, Countess of Rosse, in her later years, as her health was failing and she was no longer so active. So a scale was prescribed by the fireplace, possible colours were suggested by the room, flower types by the  garden…

Sourcing enough pressed flowers in my intended colour range was  problematic – attempting to locate 8,000 similar flowers in the middle of winter with a short timescale was near impossible. The range of colour and flower type was dictated by what was available so there is more variety in the piece than first planned. Filling the void of the fireplace, the final view of the work by the visitor to Nymans is held at a distance by the access to the room, so the detail of  the individual flower motifs and the intermingled gold thread lines remains hidden, the surface seemingly defined by bands of merging colour. Hovering  somewhere between painting and carpet, the rhythmic geometric pattern of the surface becomes more chaotic and meadow-like towards the centre as  the flowers take control.