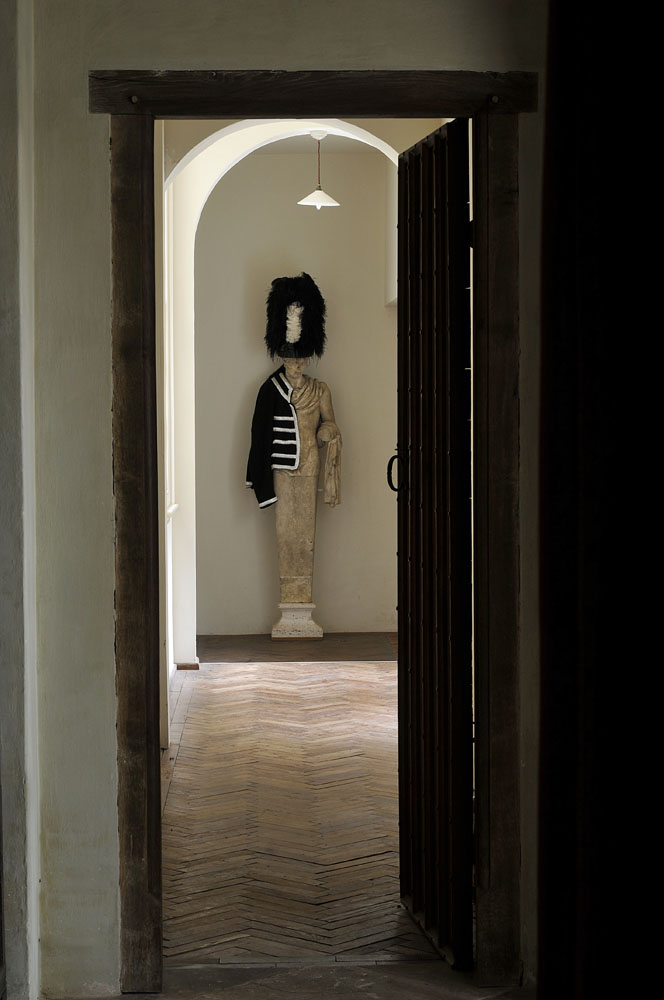 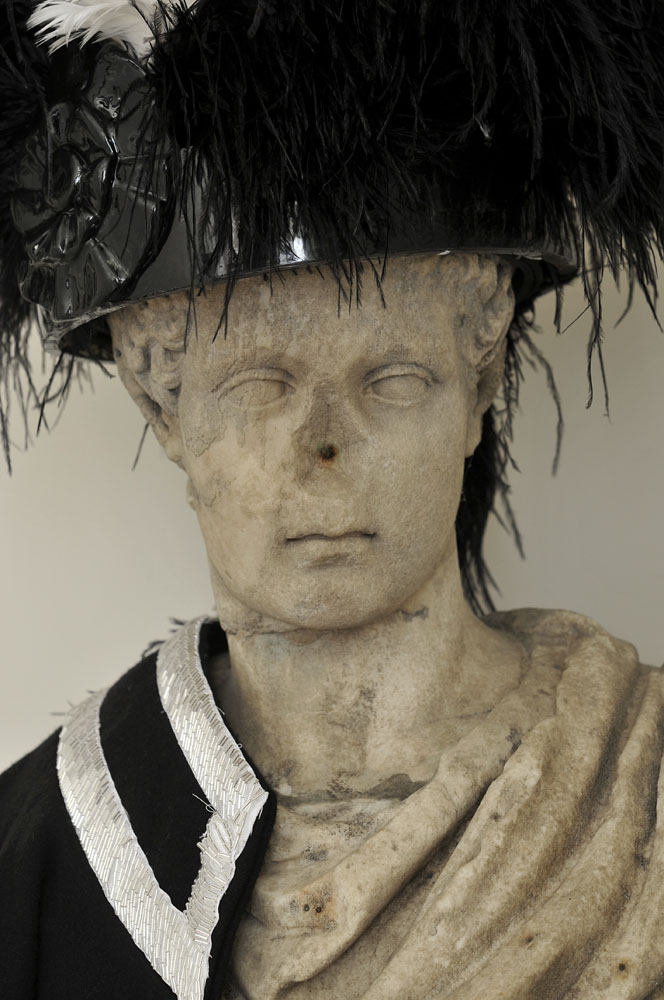 In 1930, Oliver Messel designed a highlander stage costume for a  production called Piccadilly 1830. Following the production, the costume  was adapted for Oliver to wear at a party in Paris given by Daisy Fellowes, the editor-in-chief of French Harper’s Bazaar.

Military dress is one of the few occasions for men to wear feathers without raising eyebrows. Oliver took this one stage  further by incorporating ostrich plumes, more commonly  associated with showgirls than soldiers. Contrary to Oliver’s original design, and counter to his utilisation of the cheap materials for the maximum effect, the jacket has been hand  beaded with thousands of individual mirror-backed glass bugle beads.

When Anne Messel was widowed in 1979, she reluctantly moved to Nymans from Birr Castle in Ireland. Nymans had been a house where she and her brothers had played as children, but was now where she would live alone. The slow repetitive task of  beading the jacket, mirrored Anne’s solitary counting of time at Nymans.

When making this piece, I imagined Oliver coming into Nymans buoyed up with excitement from the London show and the after  party and throwing the jacket over the statue in his haste to see and cheer up his sister.

However, time isn’t kind to this story. By the time Anne moved back to Nymans, Oliver was himself a widower. His partner of  almost 30 years, Vagn Riis-Hansen had died. It is only when finally placed in location that the true impact of a site-specific work becomes clear. The Roman sculpture The Antique Youth on which it is placed has lost its nose, lending the intervention sense of the macabre; maybe it was too late to bring the exuberance of youth back to the house and what began as a celebration has become a memento mori.