They loved to breathe beauty, tradition and romanticism
film still 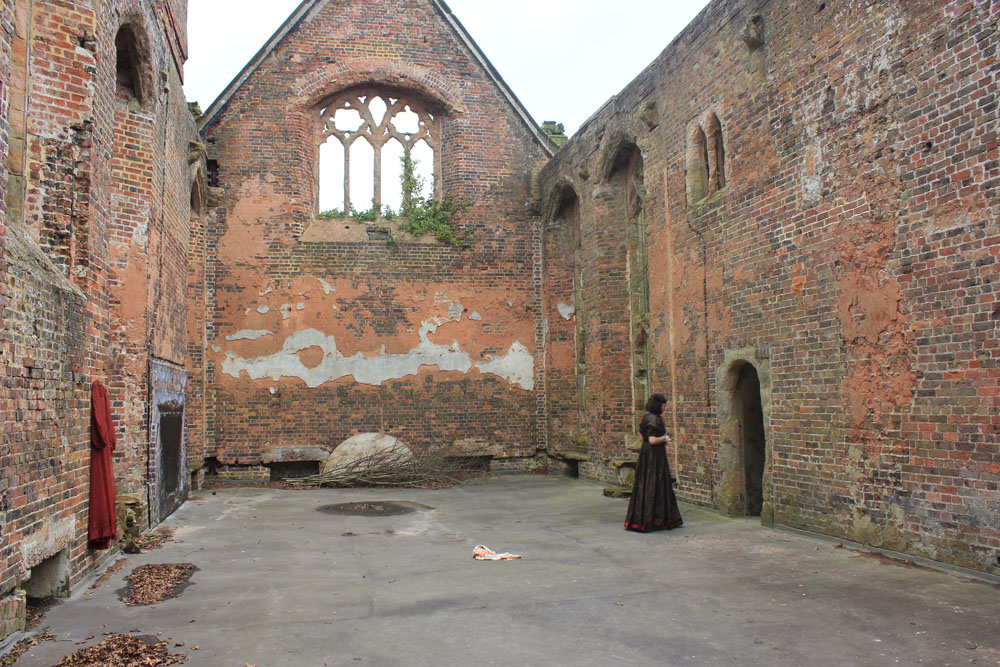 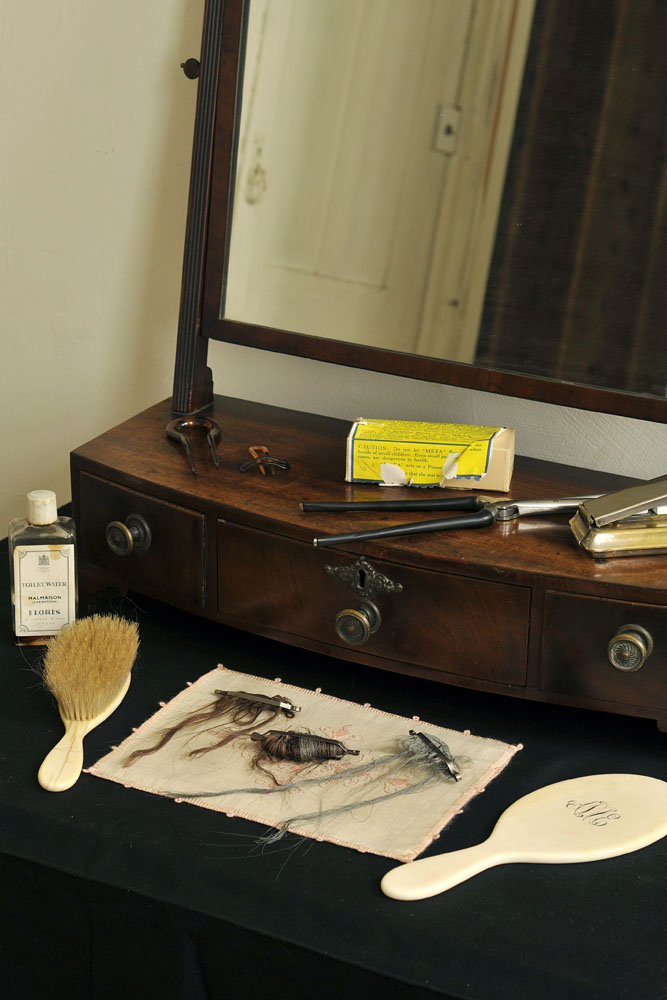 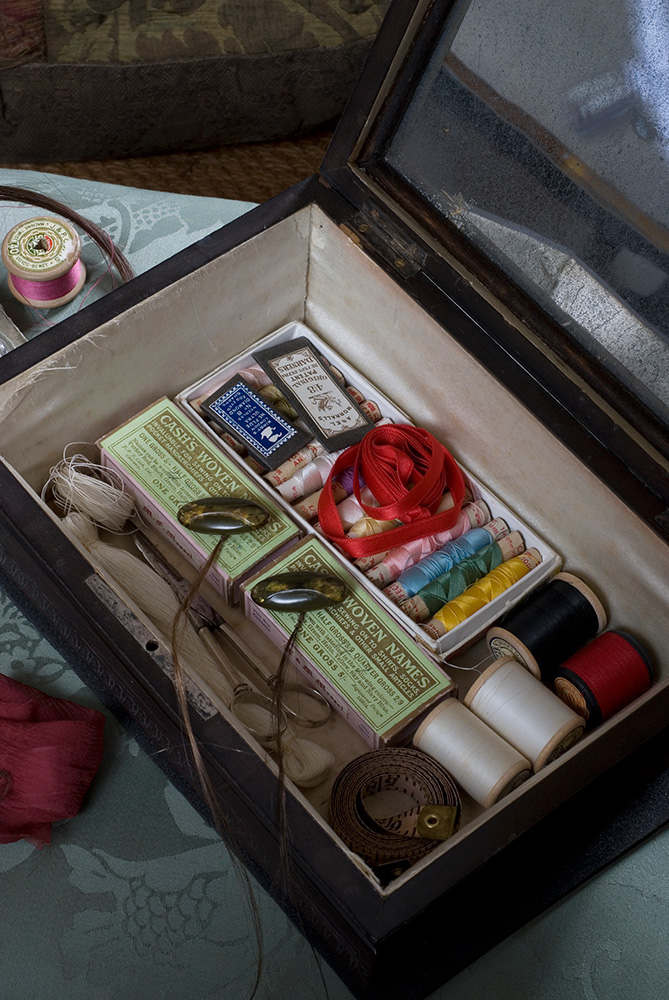 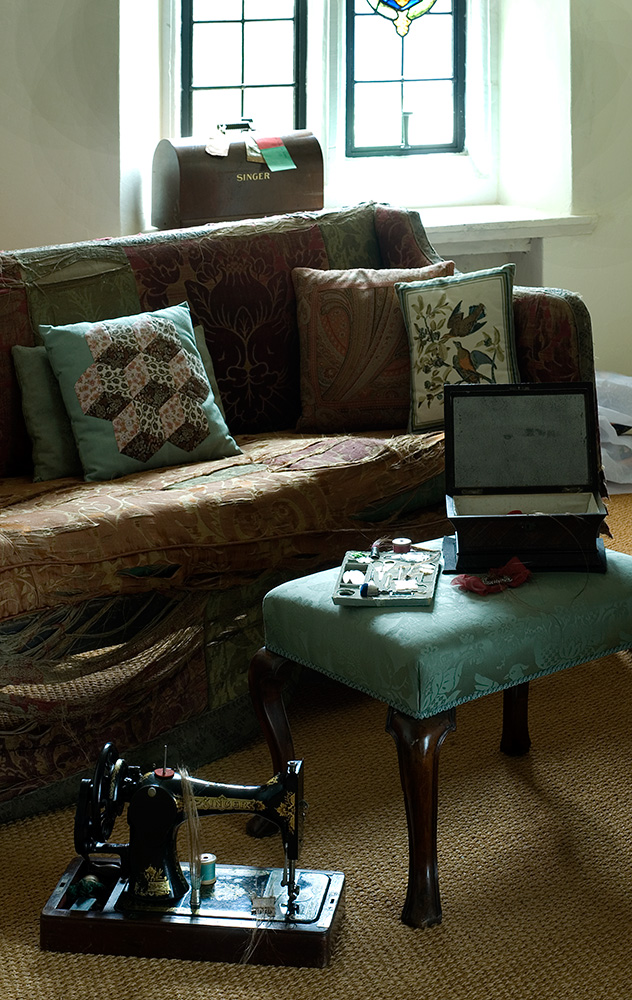 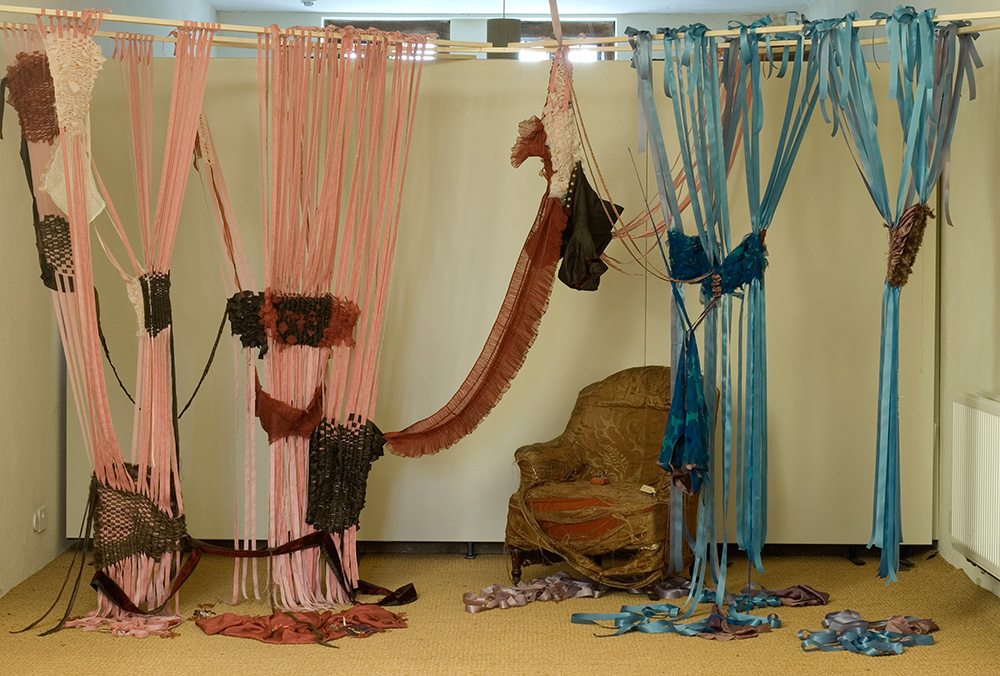 My work for Unravelling Nymans has been driven by the desire to get to  know the Messel women, Maud and Anne. Both women were talented,  creative and highly skilled costume/dressmakers, embroiderers and  designers with a passion for collecting, preserving and archiving textiles,  dress, antiques, their lives and family heritage. I have also been interested in  Maud’s lady’s maid Miss Barbara Adamson – Addy – and her silent, loyal role  as employee.

They loved to breathe beauty, tradition and romanticism  is an upstairs installation consisting of vintage garment  woven sculpture, a short film and small woven hair  mementos.

The act of selecting vintage garments through on-site  wearing at Nymans progressed, unexpectedly, into a short  film based around a fictional character – Elsa.  Elsa is descended from Lina Messel (1851-1926), a sister  of Ludwig Messel (1847-1915). As Elsa moves through  the gardens, ruins and interior rooms, she senses the  presence and lives of Maud and Anne. Elsa has left a  photo of herself on top of the piano in the Garden Hall,  amongst the Messel family photos and hopes to return  one day…

The vintage garment woven sculpture developed in response to  investigations into Maud and Anne’s personal styles and characters. The  small woven hair mementos interact with the layers of Maud’s Regency  sewing box and Anne’s sewing machine and explore Maud’s and Anne’s  favourite tools for sewing, crafts(wo)manship and a mother-and-daughter’s  unique connection through their creativity.  There is a separate woven hair memento titled i serve only you…. Addy  gathered hair from Maud’s hairbrush and made the hair curler mementos.  The work references how Maud and Addy aged alongside each other and  Addy’s repeated tasks for Maud during her 60 year plus service.