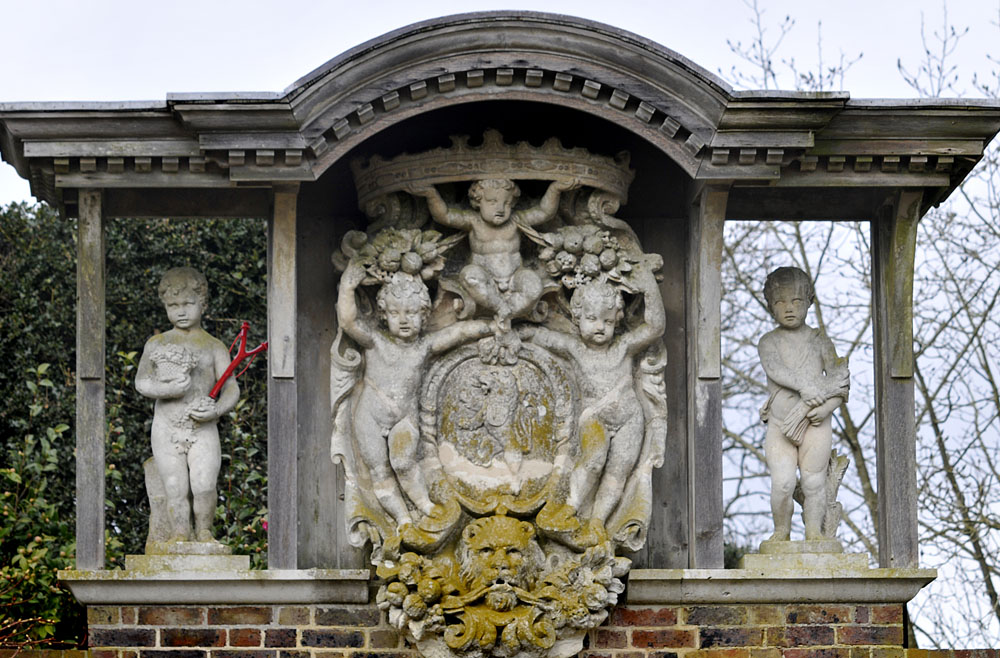 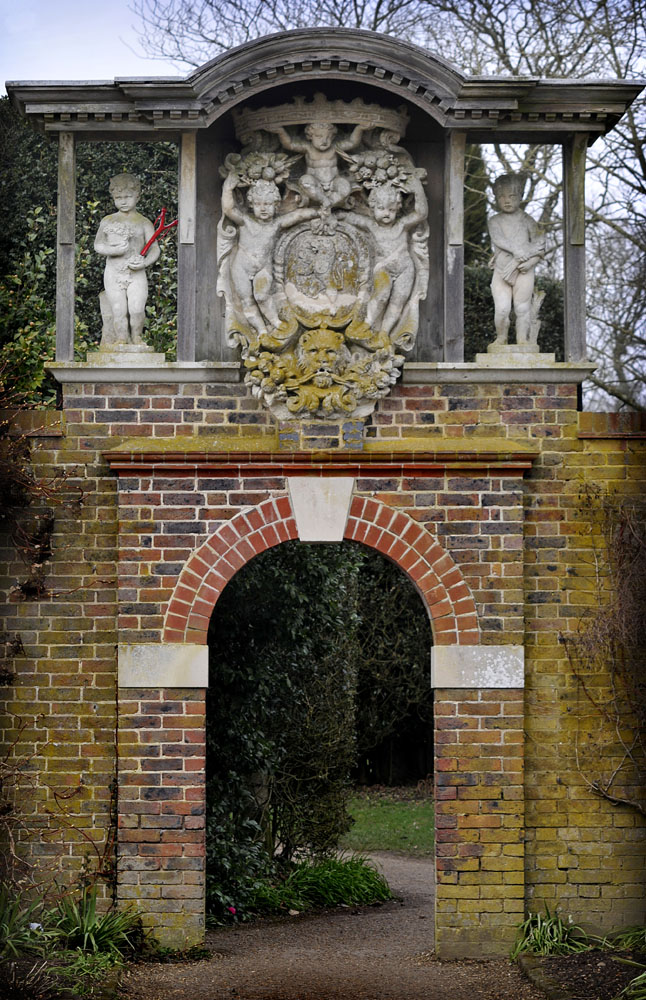 During the Second World War, Nymans House housed and educated numerous young people evacuated from London. The two pieces Slingshot and Rifle, displayed in the Wall Garden and the exit of the country house respectively, are linked by their dyed colour, chosen to match the school uniform in which the evacuees  arrived. Both are hand carved with the notion of them being used by the children that were relocated to Nymans. The pieces were made as toys, with the added functions of subverting and highlighting their surroundings.

I made Rifle by first drawing the piece and then making from that drawing, so the piece evolved like a childlike game of Chinese whispers. I made it with  the intention that it would be used by the children that where there, as a toy, made to be played with,  to have fun with and make mischief with.

Rifle is placed at the exit of the home to highlight that the children evacuated to Nymans were nearly of age to fight in the war they were escaping. P. Clover was one such child who was later to become part of the armed forces.

I carved Slingshot from a block of wood and crafted  to look like a common stick. It was made through drawing what I thought a slingshot looked like, then making the carving true to this drawing. The main  function of the piece is to change the way we perceive the cherubs. The red of the piece draws attention to the intervention because it is the brightest part of the compostion. Giving one of the cherubs a toy that a child evacuee might have used changes the scene from innocent to impish. 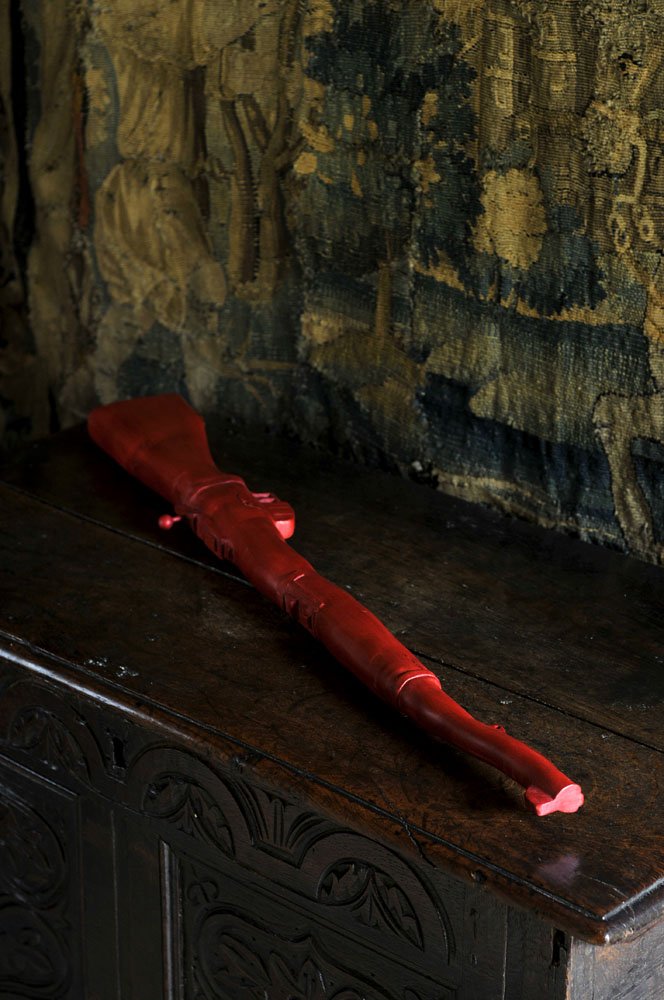