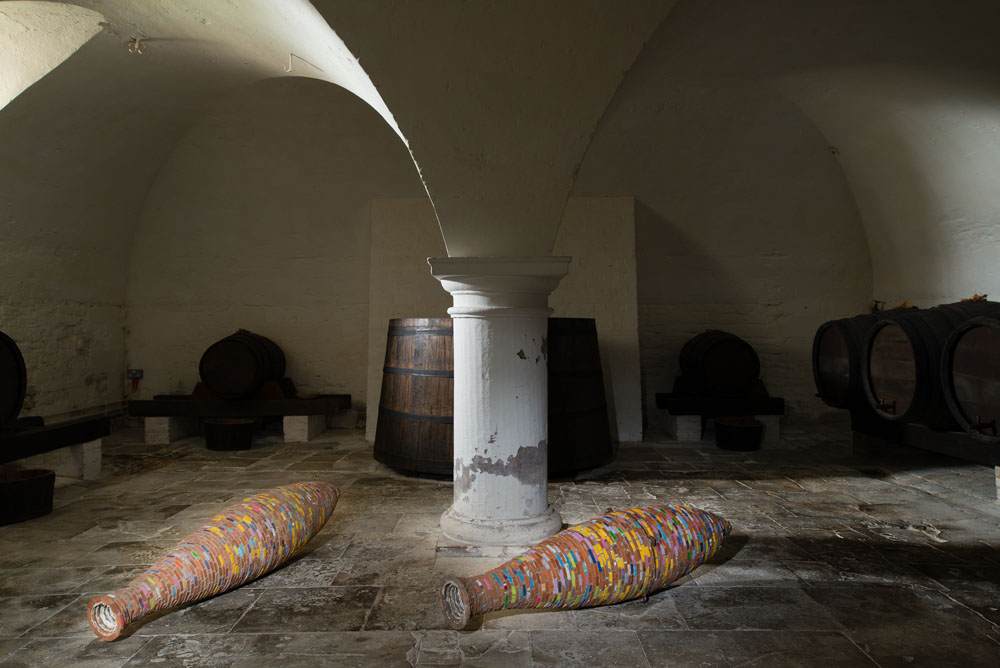 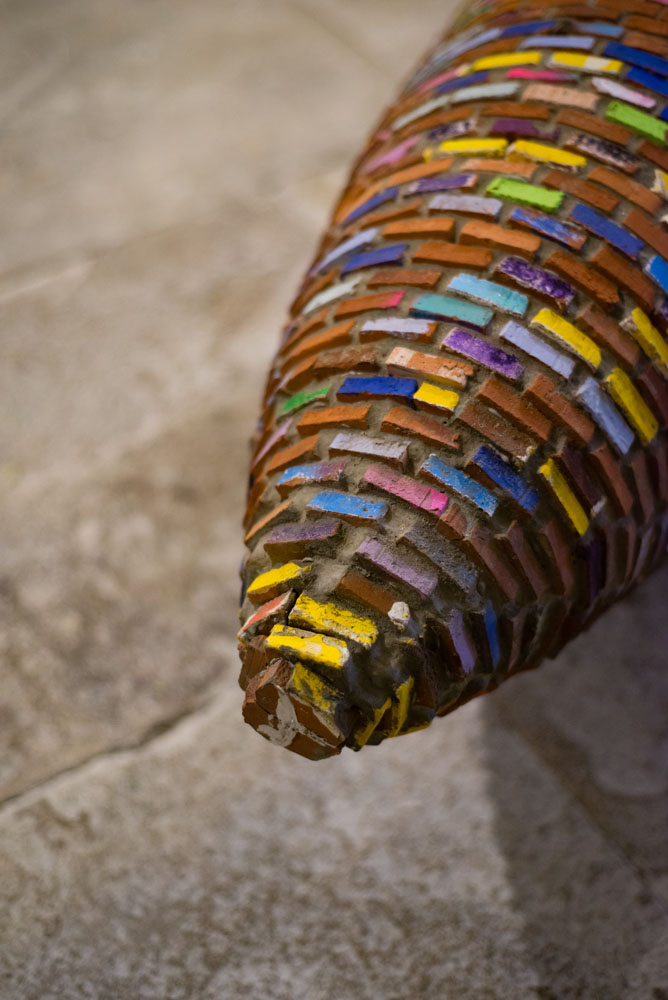 Vessels has been conceived and designed as a series of objects for the Beer Cellar at Uppark. The space has a particular quality that I respond to: its muted colours, curves and vaulting, the stone floor and the white- painted bricks. Its enclosed, subterranean atmosphere contrasts with the rest of the house. The space is full of vessels, beer barrels and other containers. Nearby, in the Butler’s Pantry, are dozens more glass vessels with their assorted stoppers.

Often, my work responds to the spatial or architectural nature of the space it proposes to inhabit and also to the objects that already occupy the space. My response is initially visual: the shapes, forms and colours that intuitively feel right for a space. My ideas develop as I spend time in a space: looking, drawing and making photographs. This group of elongated vessels felt right.

Although these works are new, the tiny bricks that
I have used to make Vessels have been used in many earlier sculptures and recycled into the current work. Once exhibited, these earlier sculptures were then broken up, the component parts salvaged

to form the building blocks for the next work. As the sculptures were often painted or glazed, over time, and with their continual re-use, the tiny bricks have become accreted with scraps of the paint and cement that glued them together. Their encrusted, palimpsest-like surfaces convey a sense of the

way that traces of memory and history can remain visible, overlaying one another in apparently simple forms. The bricks are hand-made in my studio using the same process as is used to make building bricks.

This process seems to have a particular resonance at Uppark where the house itself is a kind of patchwork of the wildly divergent episodes and memories that form its narrative. Most recently, the house has been re- formed after the devastating fire in 1989.

The ambiguous form of Vessels, both bomb-like and vessel-like, and the way that the bricks from which they are made have changed across time, struck me as having an oblique association with the narrative of H G Wells’s The Time Machine. Perhaps fancifully, I felt a sense of Wells’s presence in the Beer Cellar – one could imagine the time machine departing from here. Wells’s mother was housekeeper at Uppark and the poignant and sad image of her extraordinarily sculptural ear trumpet, twisted and vessel-like, influenced my thinking.