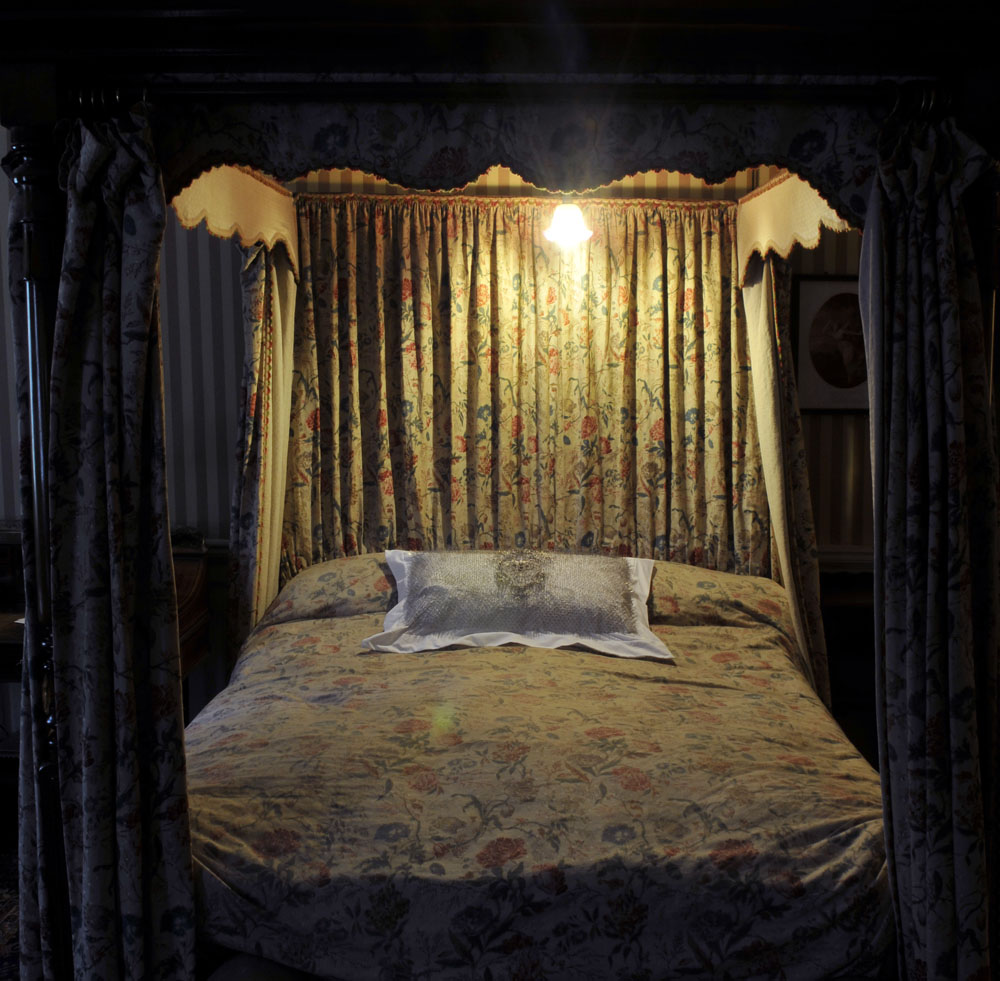 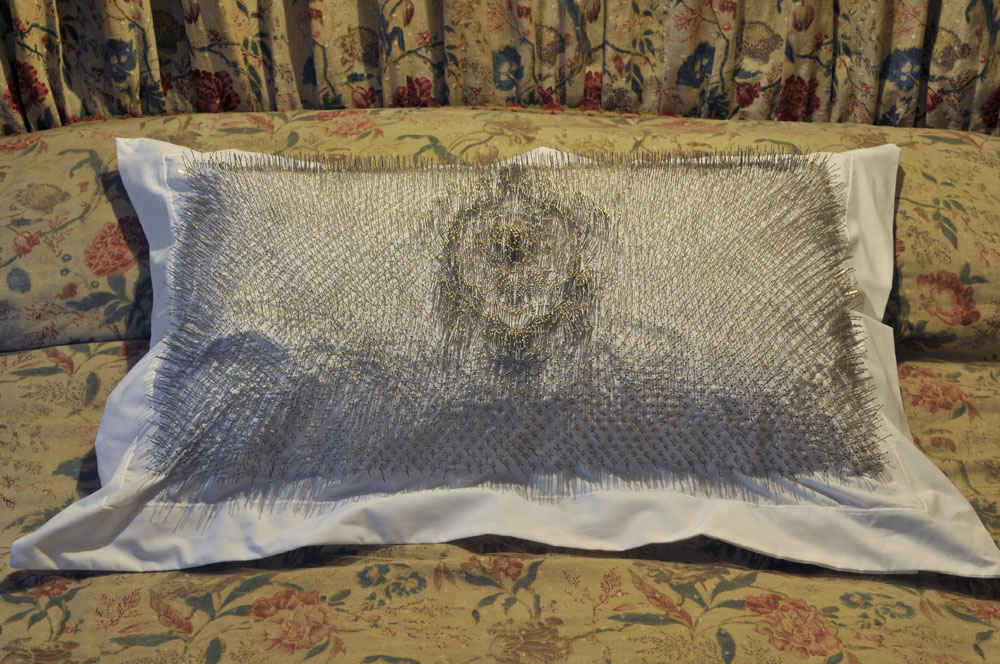 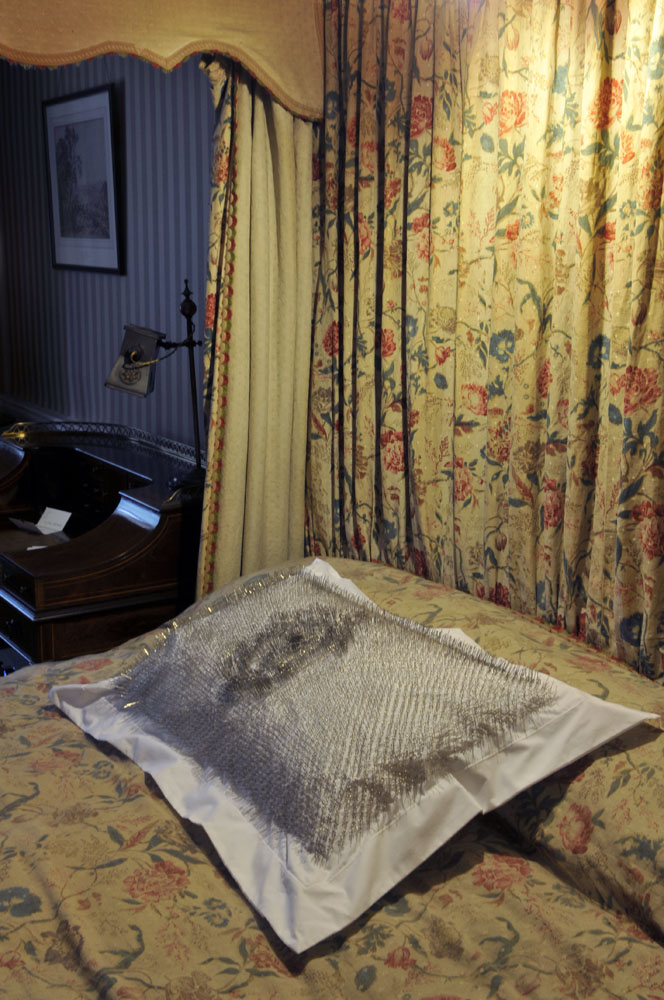 If she is not out as soon as I, is a piece made for Ellen Thomas-Stanford’s Bedroom (the North East Room). It responds to Preston Manor as the former home of a rich, gentry family and reflects on the history of a private, domestic world and class culture that no longer exists.

Placed at the head of the bed is a pillow, the surface of which is punctured with hundreds of dressmaking pins that intricately describe a lace pattern.The work transforms an ordinary pillow from an item of luxury and comfort into an unsettling and potentially painful object.

Drawing from the traditions and culture of lace making, the work highlights the labour involved in its original production.Traditionally, bobbin lace was made on a pillow, onto which a ‘pricking’ (a lace template) was placed that guided the maker and helped form the intricate patterns of the fabric. Historically lace was an incredibly valuable object and status symbol; the exquisite cloth was painstakingly crafted exclusively by hand and by women who sat at the lowest end of the economic hierarchy of the time.The title of the piece is taken from the line of a Lace ‘Tell’. Tells were songs sung by lace makers, particularly children, to help count the stitches and maintain a high speed of production.

The work also alludes to fairytales, such as Sleeping Beauty, Rumpelstiltskin and The Princess and the Pea, which use sewing and the sensitivity of touch as a measure of a woman’s goodness and value.

The work is installed in Ellen Thomas-Stanford’s bedroom, as this is the private space of the last lady of the house, a wealthy woman who would have easily afforded and enjoyed the luxury and status of lace.