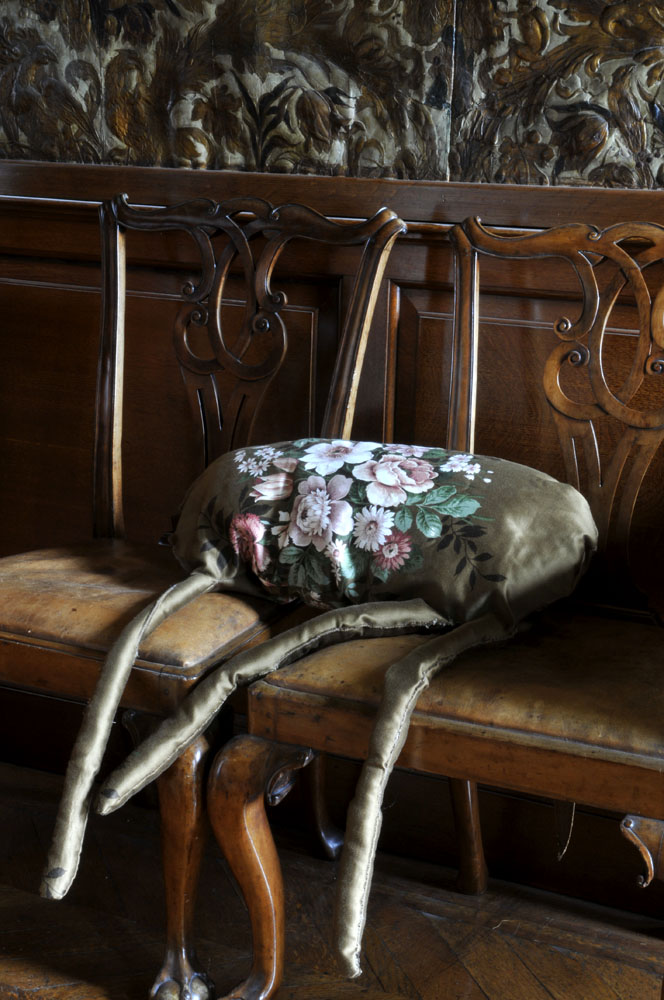 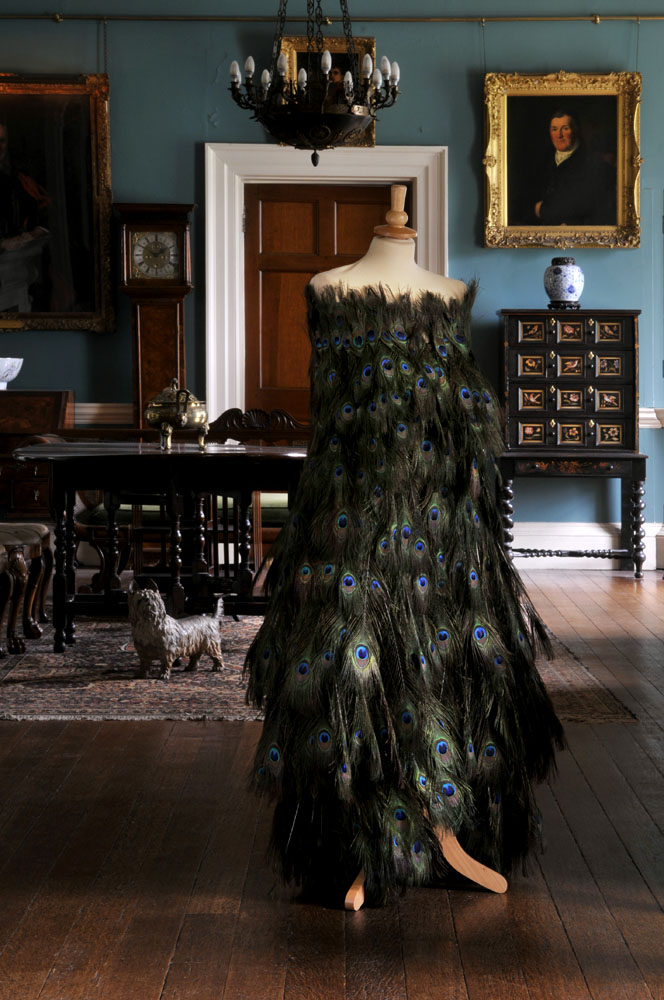 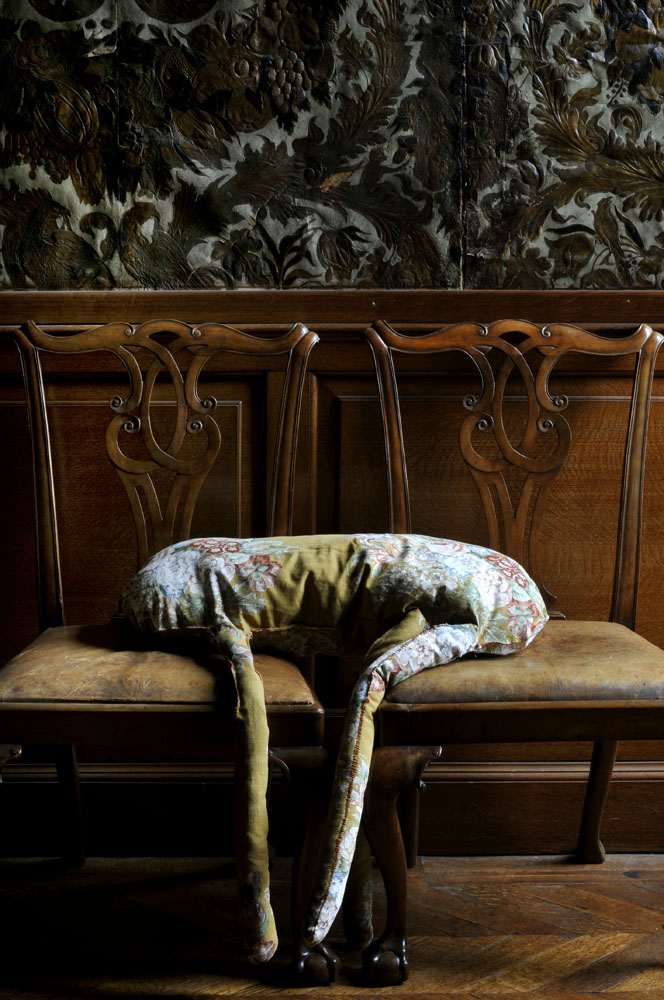 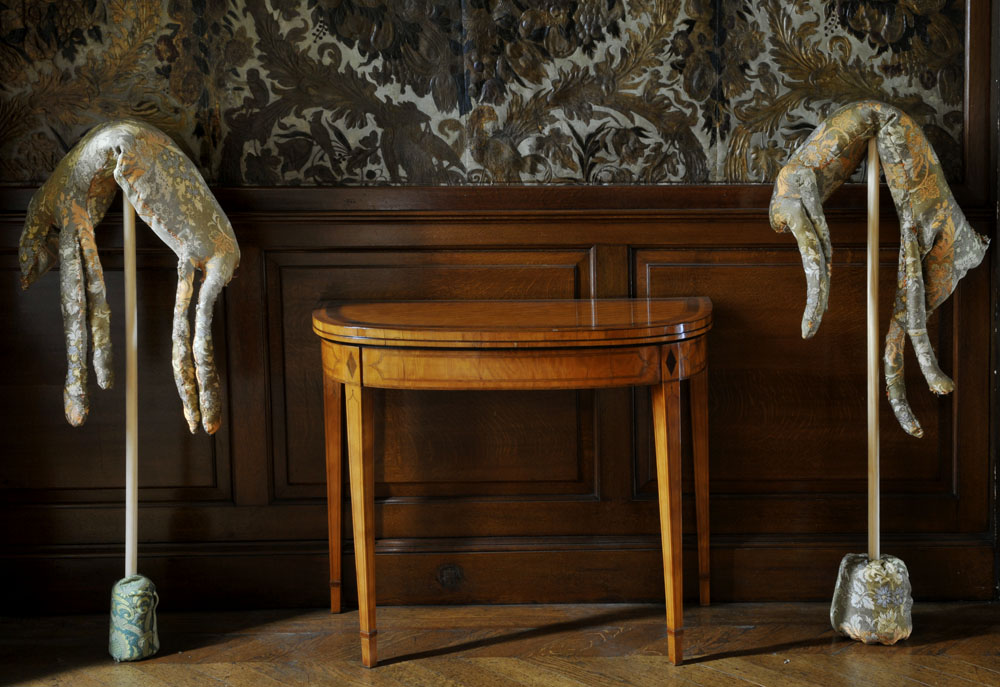 Each of the works developed for Unravelling the Manor House draws upon aspects of the lives of those who lived in the house, creating a series of interventions.

In the maid’s bedroom I have attempted to reference the secretive world of collecting; gathering simple flowers to create a subtle fantasy world of escape for the maid. Day Dreaming offers a counterpoint and a connection to the meagre simplicity of the servant’s quarters. Responding to the decoration of the room which overlooks part of the gardens, it works as a canopy emerging from the flowered wallpaper. The flowers are sewn together to create an enveloping installation that has evolved from the maid’s hobby of collecting and drying flowers.

Downstairs in the Entrance Hall, visitors are greeted by an artwork that embodies a very different aspect of the house and the people who lived in it.The restrained formality and undertones of class and segregation are played out in Cape. I deliberately chose peacock feathers for their opulence, beauty and their use as a display of power. For me they reference the class-segregated atmosphere of Preston Manor, the family’s wealth and the Stanford family’s love of entertaining.

In the Cleves Room, which has been used for séances, is the installation Other. What at first appear to be simple cushions, on closer inspection reveal how they have been altered to give the suggestion of morphing into an animal.

Elsewhere a series of fabric creatures are partially formed, like temporary domestic vessels for inviting spirits. They are evocations of past pets – providing a link with the Pets’ Cemetery in the grounds. Other was partly inspired by a recent visit to Nigeria, West Africa, and the use of spirit effigies there, but also draws on the paranormal activity within the house.