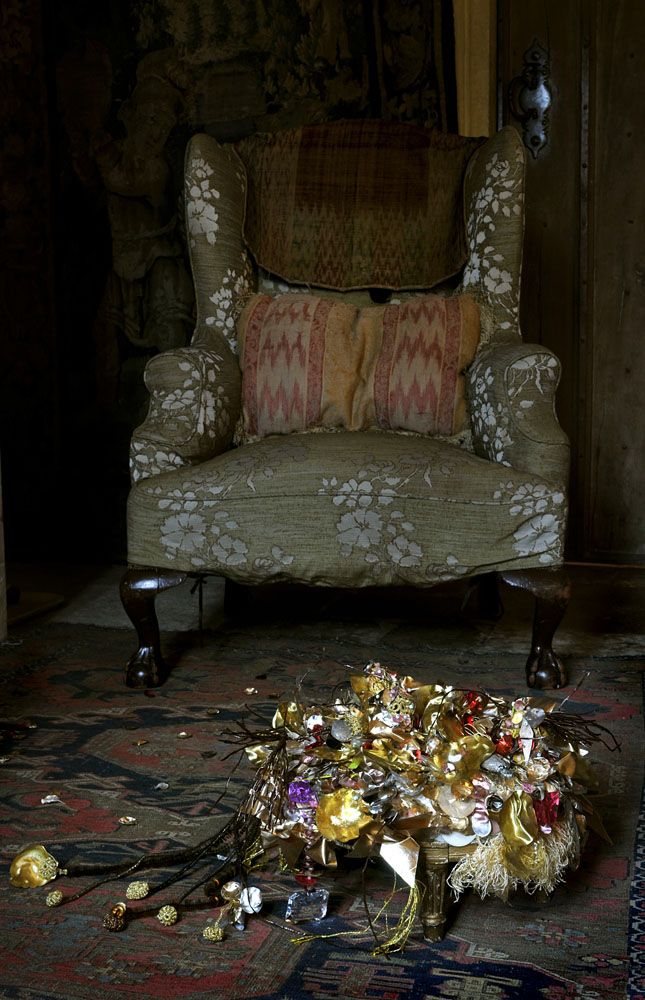 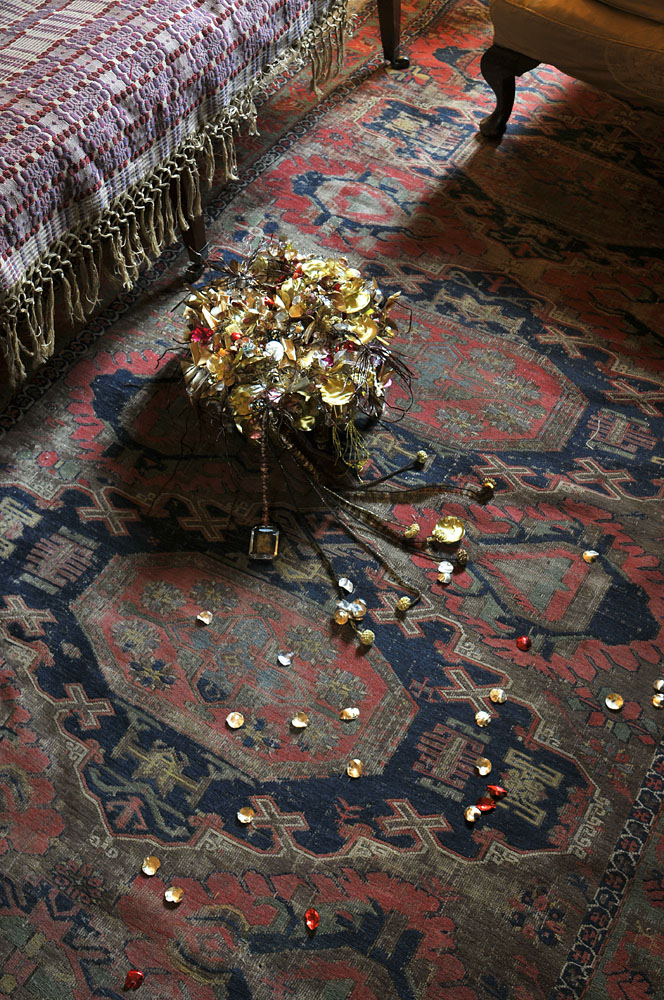 What’s in the cupboard, Anne?

At Nymans a gilded tortoise footstool prowls the fireside. The furniture in the house is an impressive collection of period styles but is predominantly suited for comfort; not so this domesticated lap-creature. A humdrum stool transformed to guard the Messel family in their romantic mock-Elizabethan Sussex Utopia.

I wanted to add what Maud Messel would have  described as “a bold experiment” to the house. This sparkling hybrid is there to bewitch us and guard the  inventiveness of the family.

Oliver Messel made things; he loved plastered string, dishcloths and bath scrubbers, cellophane, polystyrene and roasting foil. They became steelyfairy and exotic materials, suggestions of the strange or of the familiar made strange. Ordinary materials  were expertly utilized but using loofahs, pipe cleaners and felt tips was beyond the conventional approach of some costume makers so Oliver worked on ideas himself, helped by his sister Anne. Similarly, passementerie designer, Linnet Hannan helped me, for I too needed an accomplice for Tortoise.

Many pet tortoises remain at the same property for a great number of years, but unfortunately their arrival  is often forgotten, thus a creature’s length of stay is a matter of conjecture. In the year 1600, Queen  Elizabeth I received as a New Year gift, four hundred  and fifty four ‘buttons of gold like tortoises, in each one a pearl’¹. If Oliver and Anne had found one, its  carapace would sparkle with hand embroidery, blowtorched sequins, metal discs, tufted and shredded cellophanes and chandelier-drops.  No further confirmation of the details of the origin or species of this creature has been found.