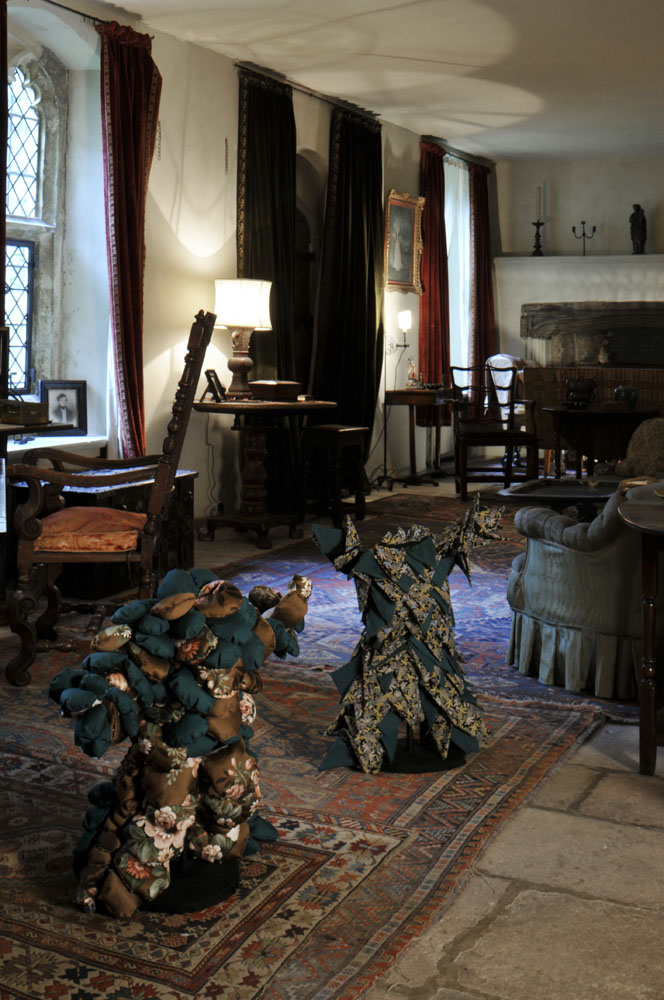 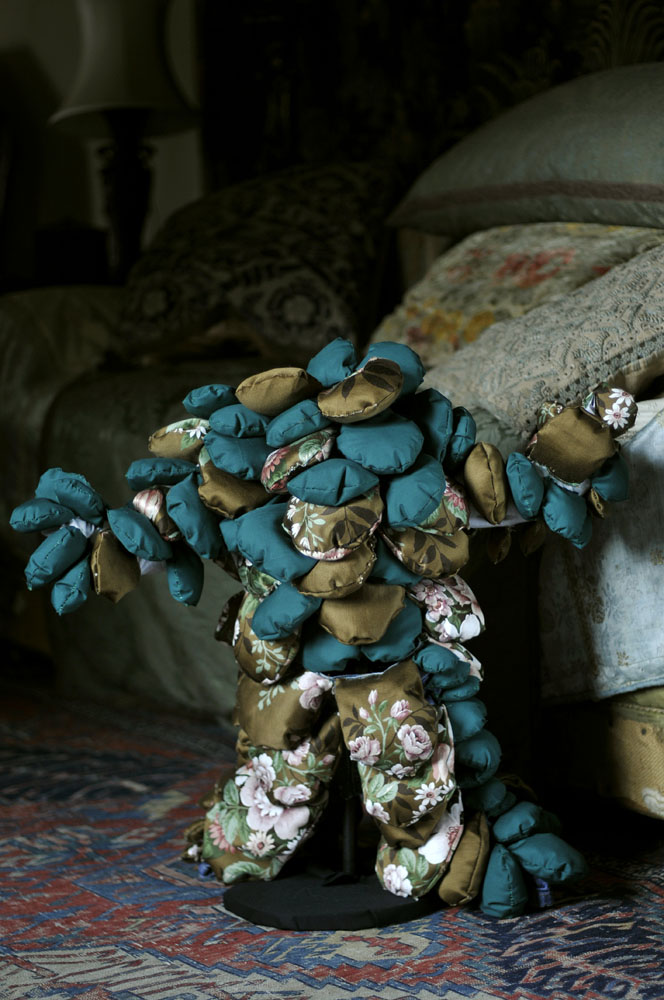 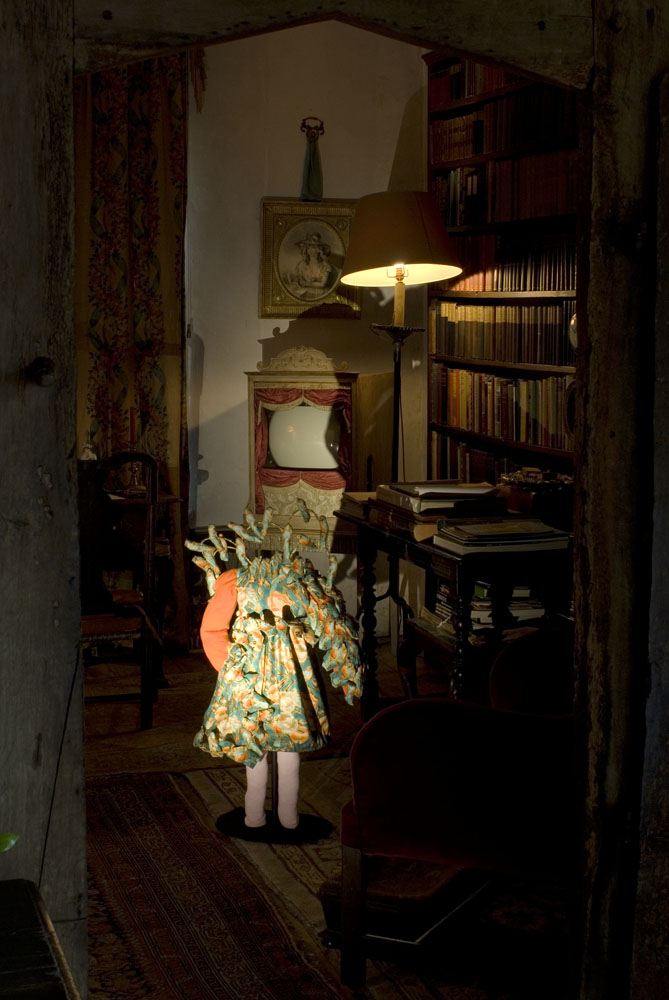 I use craft practice, in particular stitching and fabrics, to unsettle the viewer via a combination of the seemingly domestic and mundane and a sense of the uncanny. My work for Nymans draws on themes of childhood, fancy  dress and play.

Prompted by the childhood of Anne and Oliver Messel and the family’s love of dressing up, the sculptures reflect the family tradition of theatricality and their love of commissioning flamboyant costumes for parties. In particular I was drawn to the poignant photos of the Messel children – Oliver wearing a pair of wings and Anne and Oliver as teenagers or young adults in fancy  dress.

The series Tree Boys has been developed directly in response to Oliver Messel’s Tree Man drawings, which were part of the many costume ideas he developed for the Karl Vollmoeller play, The Miracle, which opened in April 1932 at the Lyceum Theatre.

I wanted my child-size sculpture/costume pieces to  convey the sense of exuberance and play that I found in these drawings. This wonder and delight at dressing up has also been closely felt and experienced in my own relationship with my young son Wilfie.  The two sculptures situated in the Book Room reference Anne and Oliver as children playing hide and seek and also relate directly to this simple notion of childhood play.

On first visiting Nymans I was struck by the spectacular gardens, full of froth and colour, and the spectacle of ruins nestling atmospherically next to the house. The house and the extraordinary Messel family who once lived there have been a rich source of inspiration. Their stories were central to the process of making the costumes and sculptures and their house offers a wonderful stage-like location. 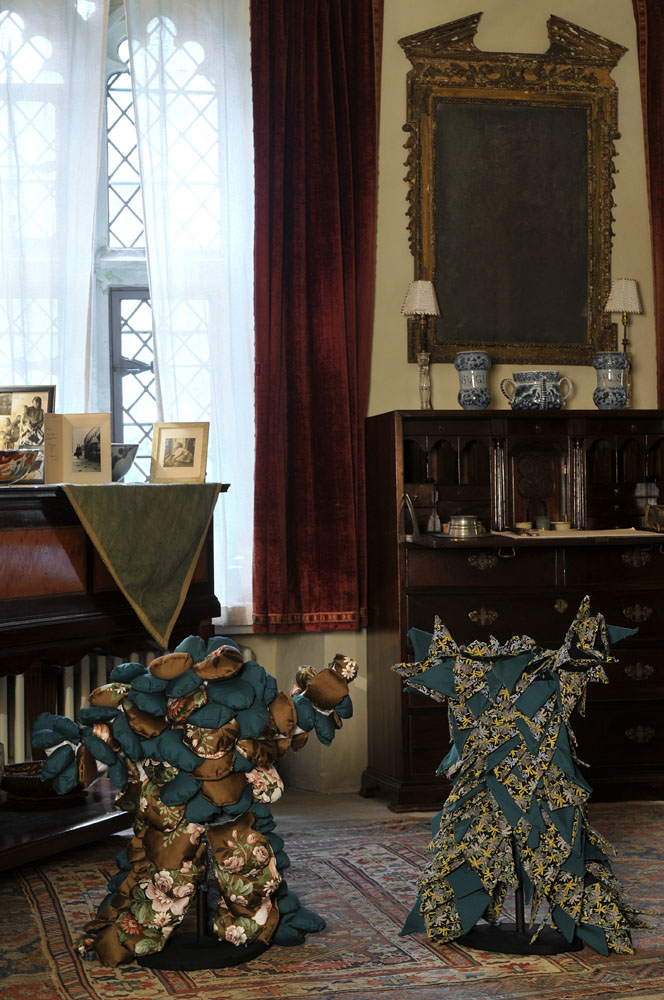 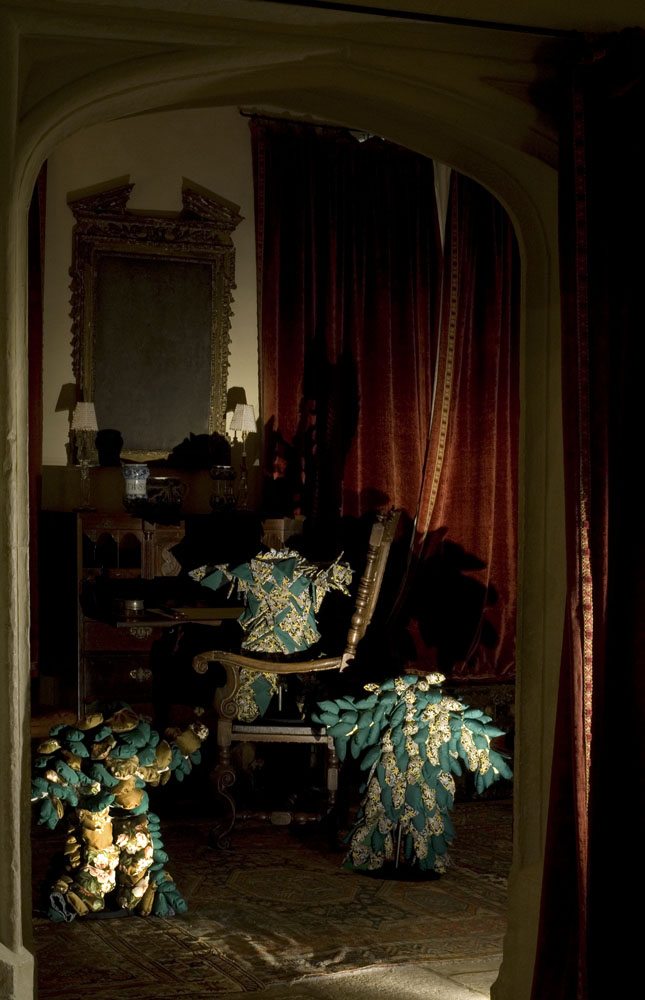 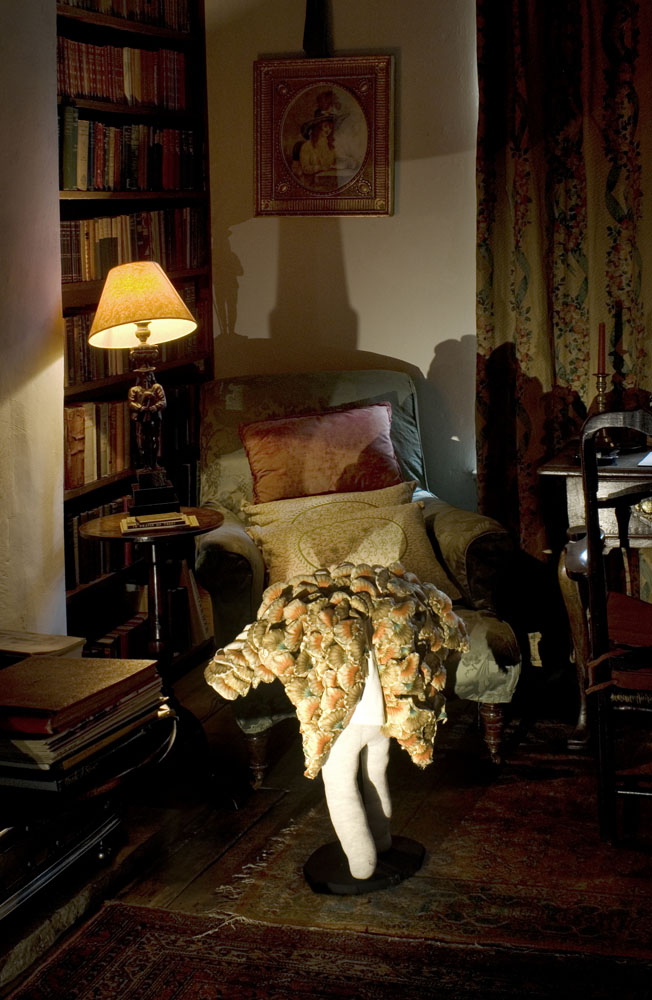